COVID-19 Vaccinations and Who is Getting The Vaccine? 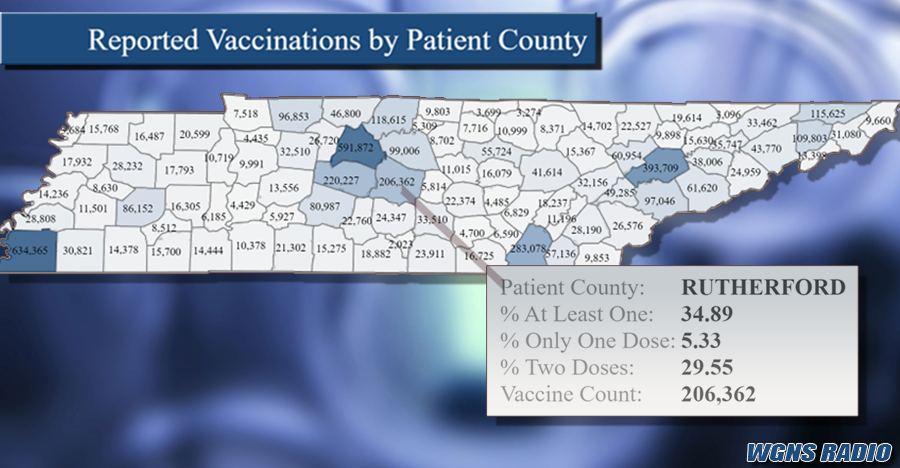 COVID-19 continues to be a concern for residents in the Volunteer State and the Tennessee Department of Health continues to monitor the number of vaccinations recorded daily.

The Tennessee Department of Health released current vaccination numbers that showed over 4.8-million vaccinations have been reported in the state.

To date, 39.3% of the population in Tennessee has received at least one COVID vaccination dose and 33.4% of Tennesseans have been fully vaccinated.

Statistics released by the state show that those who fall between the ages of 12 and 15 are the least likely to get vaccinated, with only 1.2% receiving the shot or shots.