IRS Scams Ramping Up in 'Boro 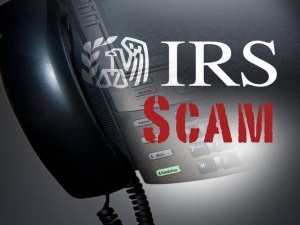 A couple of Murfreesboro residents have reported to authorities I-R-S scam calls. A 73-year old Princeton Lane woman told Murfreesboro Police last Friday a man with a foreign accent, who called himself James, left a message in regards to her "tax problems." The victim said he told her he was from the I-R-S and if she didn't make contact, she would be sued.

Police were called on Saturday to a Northwest Broad business, where a man reported getting a phone call from a woman, also claiming to be from the I-R-S. The victim was told the caller was "Officer Smith" and he needed to pay or further action would be taken. A total of five calls from the same number were received and another call, asking the victim to pay their balance by a pre-paid Visa card were also received.

The I-R-S warns residents this is the time of the year scams involving the agency increase. They will not call asking you to make a payment by a pre-paid card or make contact with you by phone.