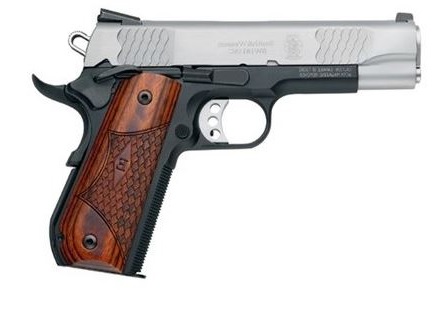 Legislation sponsored by State Representative Dawn White (R-Murfreesboro) that will help to guarantee the Second Amendment rights of carry permit holders in public parks was signed into law earlier this month.

House Bill 995 / Senate Bill 1077 clears up language in the 2015 guns in parks legislation, which allowed carry permit holders to carry in public parks except in the immediate vicinity of property that was in use by a school for an athletic event or other school-related activity. Specifically, the newly-enacted law provides that a park is "in use" by a school only when one or more students are physically present on the property for an athletic event or school-related activity. Further, the new law provides that park property is not "in use" by a school solely because school equipment is stored on the premises.

This legislation follows an opinion from the Tennessee attorney general that school use of a park facility under the previous law would include situations where school equipment was merely stored on park grounds. Under that opinion, rights of carry permit holders could be circumvented through a technicality. Rep. White's legislation was aimed at correcting that loophole.

"The NRA was greatly concerned about the possible repercussions such a loophole could have on our members. We were pleased to work with Rep. White to address this problem and appreciate her partnership in remedying this issue," said Erin Luper, NRA liaison for Tennessee.

"As a strong supporter of the Second Amendment, I was concerned to hear that a technicality could be used to circumvent citizens' rights. Allowing equipment storage to override permit holders' rights places these law-abiding citizens in danger of unknowingly violating the law. This legislation uses a common-sense approach to clarify the existing law and seeks to guarantee our constitutional rights," White said.

Rep. White, a former small business owner and teacher, was re-elected to a third term in the General Assembly in November. She lives in Murfreesboro and represents District 37 in Rutherford County, which includes portions of Murfreesboro, Smyrna, La Vergne, Walter Hill and Leanna.