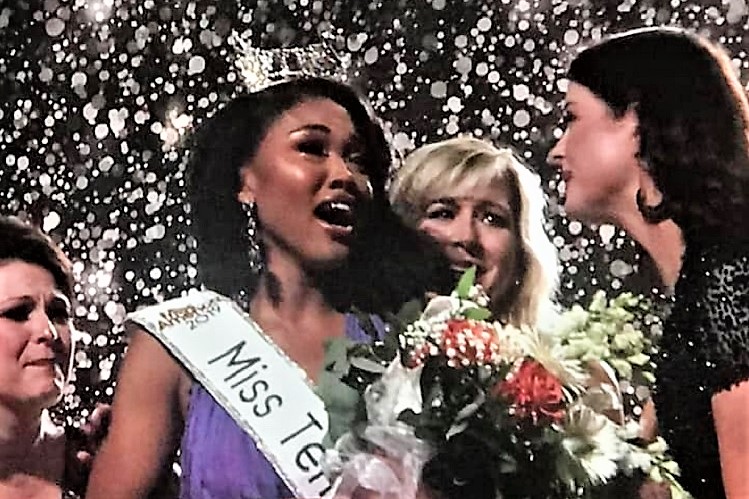 (KNOXVILLE) On Saturday (6/29/2019) night, Murfreesboro City Schools' Brianna Mason was named the 2019 Miss Tennessee Scholarship competition in Knoxville. Brianna is a first grade teacher at Hobgood Elementary School, and was entered in the contest as Miss Greene County.

She is the first African-American to be named Miss Tennessee, and her winnings include $15,000. Brianna will represent the Volunteer State in the upcoming Miss America pagent.

Mason has announced that she will travel around this state and encourage reading in our schools.

A total of 27 candidates participated in the Miss Tennessee Scholarship competition.

The pageant had previously been in Jackson for 67-years, but a new board was put in place last year and the event was moved to Knoxville.

The move reportedly happened when Miss America revoked the license with the Jackson pageant directors.

When it moved to East Tennessee, it also changed its name to Miss Tennessee Scholarship Competition.

However, the Knoxville event is the only one of the two pageants with ties to Miss America.

Again, Murfreesboro City Schools' first-grade teacher Brianna Mason is the winner of the Knoxville event, and will represent Tennessee in the Miss America competition. That will culminate in Atlantic City, New Jersey on the second Sunday in September.