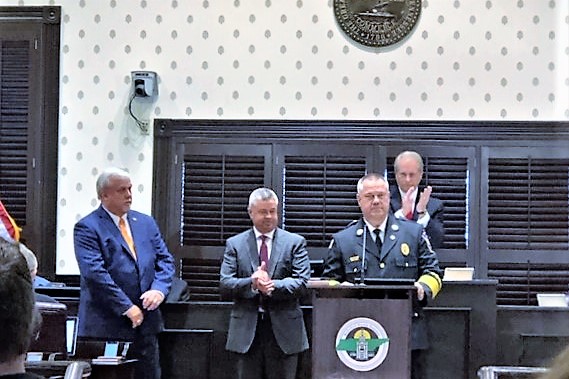 State Fire Marshal Gary Farley commended the efforts of Chief Farley's department as well as their partnership in the ongoing 'Close the Door' and free smoke alarm campaigns that are making a significant difference in reducing the number of home fires in Middle Tennessee.

Chief Farley expressed his gratitude and respect for the efforts of his personnel and their commitment to training, and his appreciation for Mayor Ketron and the county commissioners for their support of the department.