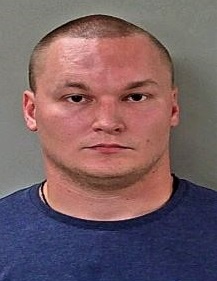 Brandon Gentry, a probationary employee, was terminated after being charged following a complaint of road rage.

The Sheriff's Office of Professional Responsibility was made aware of the incident during the criminal investigation.

Gentry was booked into Rutherford County Adult Detention Center where he was released on $7,000 bond. A hearing was set Oct. 14 in General Sessions Court.