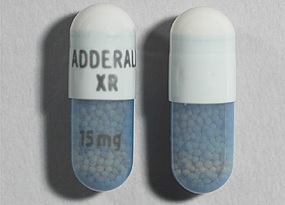 A woman who was pulled over for having a license plate on her SUV that was registered to a car told police that she just sold her sons prescription of Adderall at an address she was seen leaving, according to Murfreesboro Police. Evidently, the home she left is known by police to be a residence that sells pills.

As a result of her statements to police, Reyes was charged with two felony counts of "Sale of a Schedule II Drug." She will appear in court on May 10, 2016.