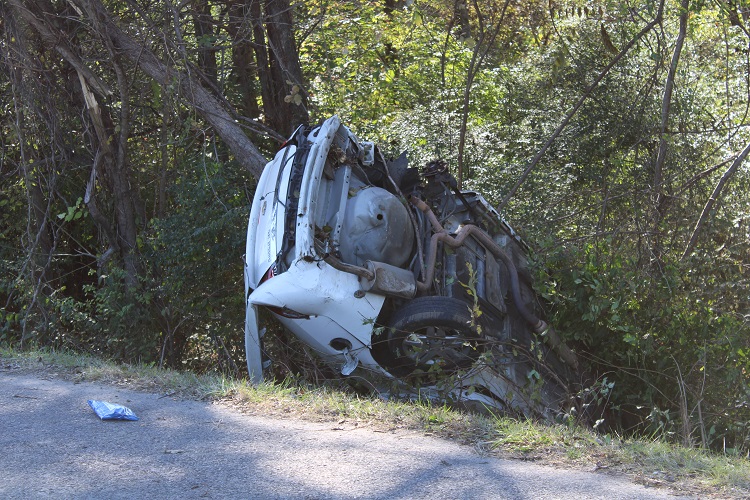 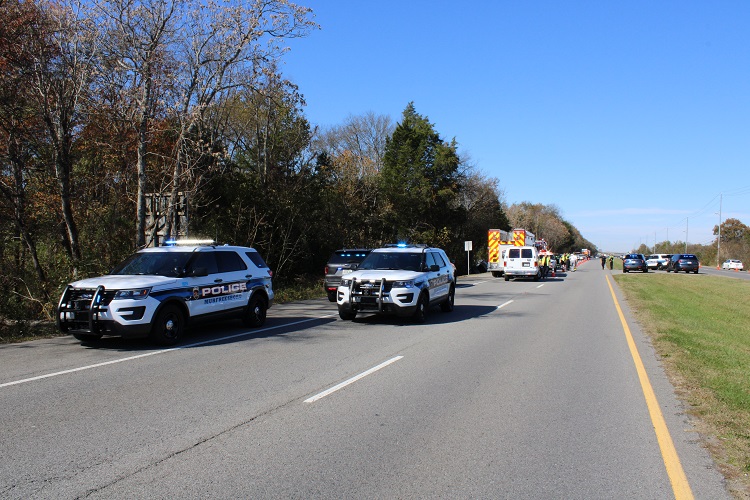 (MURFREESBORO) The 19-year old man killed in the crash on NW Broad Street around 10:30 Wednesday morning (11/6/2019) has been identified as Justin Lee Howard of Readyville. An autopsy has been requested. The case remains under investigation by the Fatal Accident Crash Team (F.A.C.T.)

The preliminary investigation revealed traffic began to slow because of a previous crash around 10:30 a.m. Witnesses said the driver of a 2007 Chevrolet Impala LTZ was driving at a high-rate of speed on the shoulder on the road when he clipped another car. The Impala veered off the shoulder, striking a large rock before going airborne. The vehicle went down the embankment and crashed into a tree. The driver was trapped inside.

A heavy-duty wrecker had to be used to lift the Impala in order to get to the victim. Members of Murfreesboro Fire Rescue Department (MFRD) used extrication equipment to remove the 19-year old from the crashed vehicle. Personnel with Rutherford County Emergency Medical Services (RCEMS) pronounced him deceased on the scene. His identity is being withheld until next of kin is notified.

A 39-year old female passenger was taken to the hospital by RCEMS and treated for injuries.

Southeast bound traffic on NW Broad had to be rerouted and one lane of the northwest side was shut down for hours. All lanes of traffic have since been reopened.