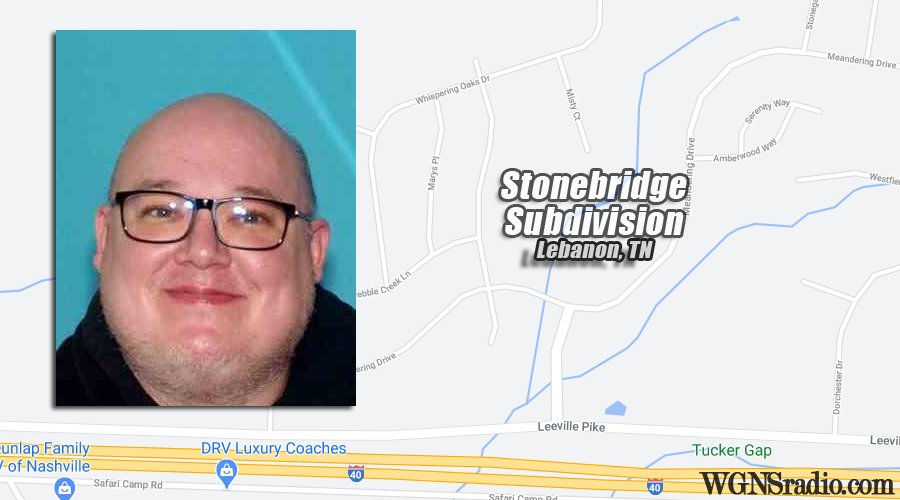 ADVERTISEMENT
In nearby Lebanon, TN, two people are dead following a shooting that took place on Monday morning.

Suspect Shaun R. Varsos evidently drove to Nashville after leaving the scene of where the shooting took place in Wilson County.  The 36-year-old was wanted by the Lebanon Police Department for his alleged involvement in the shooting.

About an hour after the shooting happened, authorities found Varsos dead in his SUV. The Nissan Pathfinder was located about 20-miles from the Stonebridge subdivision off of Leeville Pike, where the shooting took place.

Lebanon Police have not released the names of the two people killed at this point, but have confirmed that the shooting happened at a residence on Whispering Oaks Drive. Two females were killed.

Authorities have confirmed that Varsos was found dead in Nashville shortly after the initial shooting in Wilson County.

Apparently, a 9-1-1 call was made by one of the two females as the shooting happened. It has been reported that one of the two women fired back at Varsos.

Varsos allegedly posted what appeared to be a suicide note on FaceBook. The writing focused on a personal relationship where Varsos claimed, “Ultimately she won and got what she wanted, me being dead.”