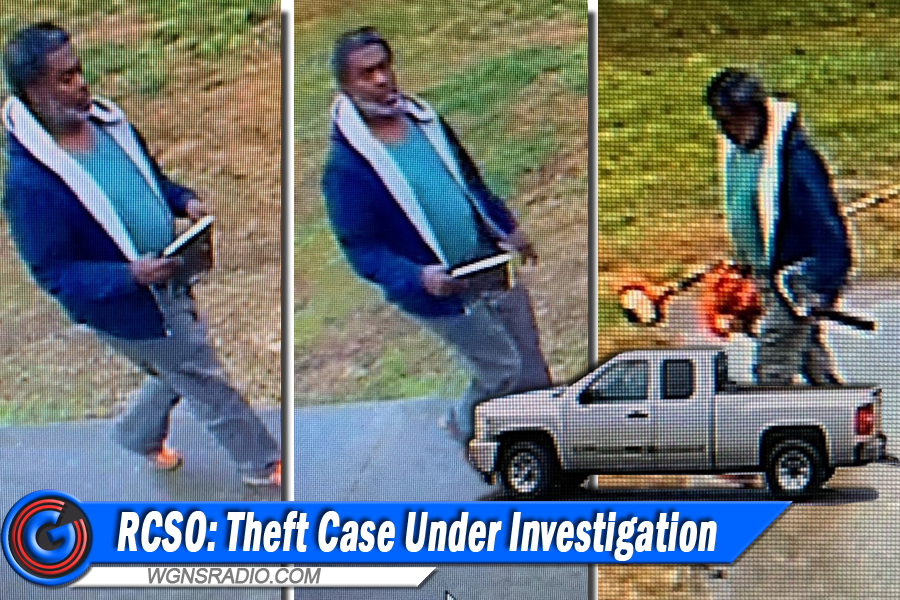 The Rutherford County Sheriff’s Office is investigating a theft case that involves a man who reportedly broke into a storage shed on February 3, 2022. The incident occurred during the lunch hour between noon and 1 PM on Lancelot Drive in the area of Manchester Pike and Dilton Mankin Road, just outside the city limits of Murfreesboro near Murfreesboro.

Some the items that went missing included a weed eater, leaf blower and ladder.

ADVERTISEMENT
The Sheriff’s Office reports that the subject was seen in the area driving a champagne-colored Chevrolet extra cab pick-up truck.

If you have information about the man seen in the (above) photo on WGNSradio.com, please call RCSO  Detective Kyle Norrod at 615-904-3043 or email him at knorrod@rcsotn.org.