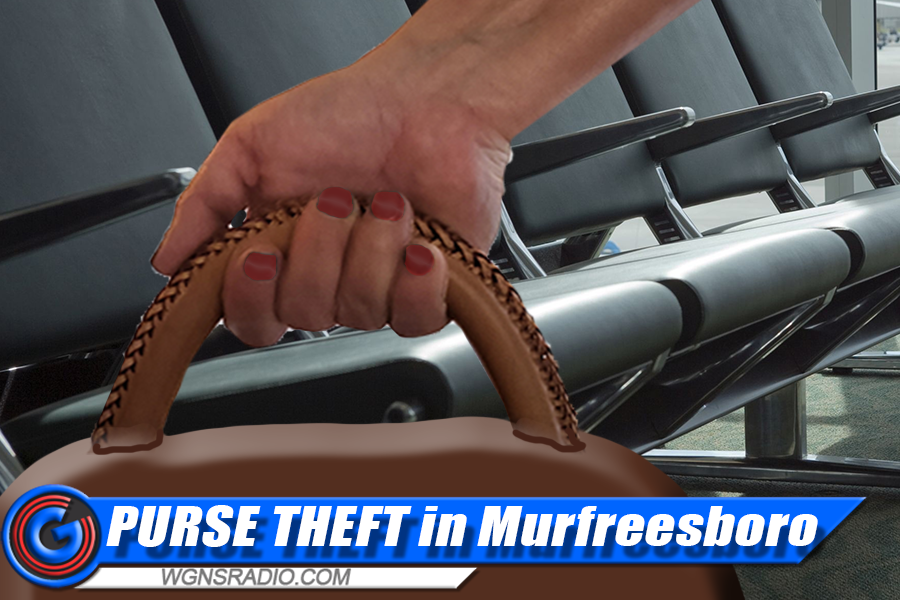 Another purse snatching has been reported in Murfreesboro, this time inside a doctor's office.

ADVERTISEMENT
The 74-year-old victim was visiting a large medical practice on Medical Center Parkway when the theft occurred. After the woman met with her doctor, she left and didn't realize until she got to the front door that she had left her purse behind.

When the patient returned to the doctors office to search for her purse in the lobby, it was nowhere to be found. Medical employees checked the patient room she was in, but turned up empty-handed.

In an attempt to further help the woman, Murfreesboro Police helped office staff continue their search for the purse. An officer then viewed video footage and confirmed the victim entered the second floor lobby of the facility with her purse, but were unable to see who left with the small handbag.

Scroll down to learn how the victim had plans to help a friend later that day...

Sadly, the victim had close to $2,000 in cash in her purse the day it was stolen - because she had plans to help a friend pay-off their debt.

Despite office staff and police trying their best to locate the purse, the senior citizen left Murfreesboro and returned home an hour away – without her drivers license, checkbook, credit cards and cash. Her purse has not been found, nor have any of the contents.