Two accidents on I-24 Wednesday in Rutherford County 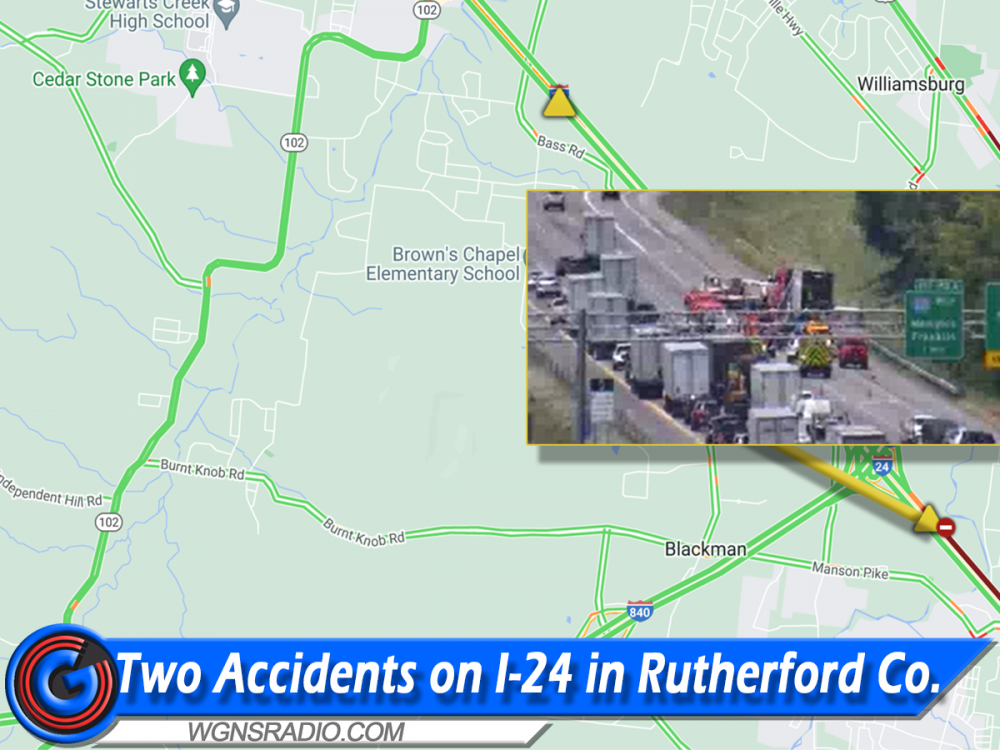 There were two accidents that slowed Interstate 24 in Rutherford County on Wednesday. The first involved a semi-truck that caught fire on I-24 West (headed towards Nashville), just before the I-840 interchange. The fire happened around 11:00, Wednesday morning. Emergency responders had to shutdown three lanes of traffic at the 75-mile marker between the Medical Center Parkway exit and I-840 (SEE PHOTOS HERE).

The second accident unfolded on I-24 East in Rutherford County and involved an overturned vehicle. The Tennessee Department of Transportation confirmed the vehicle overturned near the 71-mile marker between Almaville Road and I-840 at 12-noon. As a result of the accident, the Eastbound left shoulder was blocked causing a slow-down of onlookers.

WGNS NEWS: Wednesday (06/01/22) proved to be a busy morning for emergency workers.  Earlier in the day there was an accident on Thompson Lane in Murfreesboro. MPD Public Information Officer Larry Flowers told WGNS News that the preliminary investigation shows one driver pulled out in front of the other. The wreck involved two SUV’s on the Thompson Lane overpass that crosses the CSX railroad tracks and Old Nashville Highway. One person was injured and is in stable condition after being transported to Saint Thomas Rutherford Hospital.