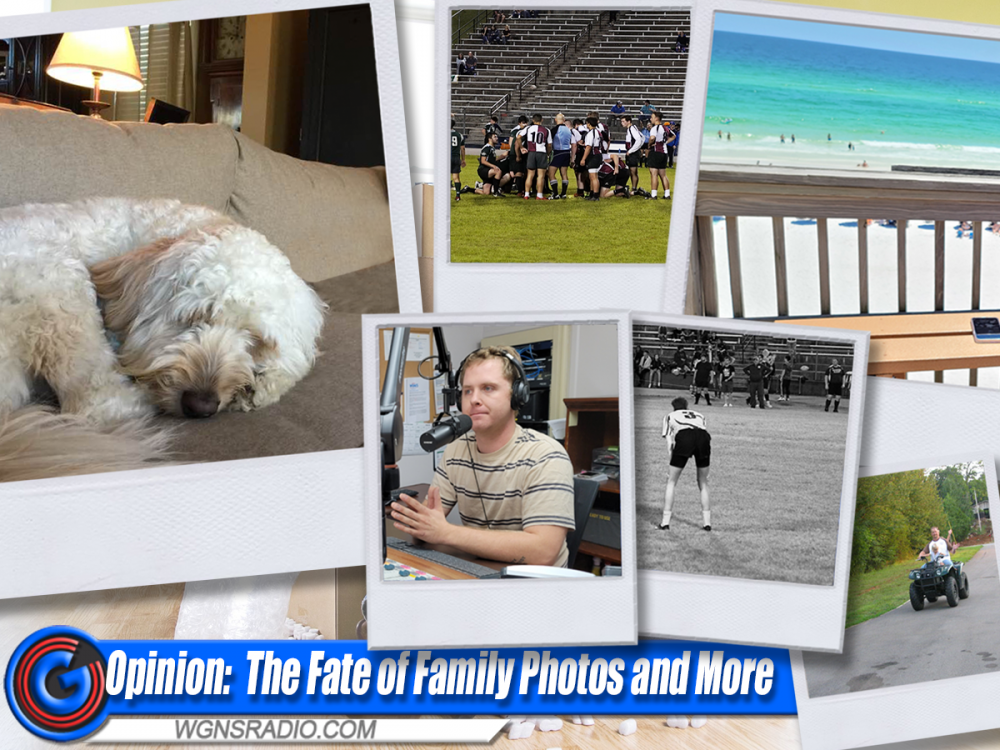 Today's Radio Commentary: Family memories of pictures you can hold in your hand and a special nostalgia, verses family photos you can view on your computer. But, how do you permanently hold on to both for years to come... to pass down to other generations and what type of data will be usable in the future? Old technology verses new technology, what will become of the future? With more, here is MTSU Professor of Journalism Larry Burriss...

Commentary - Verbatim: “My brother and I recently received several dozen family photographs, some going as far back as 1907; more than 100 years.  I made digital copies of everything, then a set of prints.  So each of us has half of the originals, plus a complete set of prints and digital images.

But, how do we store the digital images?  If we put them on the hard drive of our computers, and the drive crashes, those images may end up in computer Gilligan’s Island.  If we put them on some kind of removable medium, what happens if, in a couple of years the medium is no longer usable or compatible?

Did you know that some linguists and symbologists are trying to figure out what kinds of signage to put on nuclear waste repositories so people will know what they are several thousand years from now?  If you think that’s silly, remember that until the 1800’s it was impossible for anyone to read hieroglyphics.  The meanings of the symbols had been completely forgotten after only a couple of thousand years.

I say all this as a kind of cautionary tale about all of those songs, pictures and files you have stored on your computer.  How do you know that in a few years you’ll be able to access them?  Only a few years ago we were told that CD’s were the ultimate storage device.  Then we were told they may have a useful life of as few as 50 read-write cycles.

Over the years we’ve had 5-and-a-quarter inch disks, 3-and-a-half inch disks, zip disks, CD’s and now USB drives and cloud storage.  Each of them has provided an order of magnitude increase in storage.  That also means that when, not if, but when, the disk fails, that much more material will be lost.

And notice here, I haven’t even begun to address the issue of software compatibility, or rather, software incompatibility.

Do you know what I found the other day?  I found a text file I had written in PFS First Choice, the very first word processing program I used, some 40 years ago.  I still have several dozen files in WordStar.  So why don’t I convert them to Word?  Well, the older versions of Word had a converter add-on.  The new version doesn’t.

But then I figured something out.  Maybe you noticed it, too.  Those old photographs I talked about are more than 100 years old.  They have held up nicely, and the images are still crisp and clear.  To look at them, all I have to do is open the album and there they are.

Do you really think any of those thousands of computer images you have will be readable even 20 years from now?  Only in your dreams. - I’m Larry Burriss.”