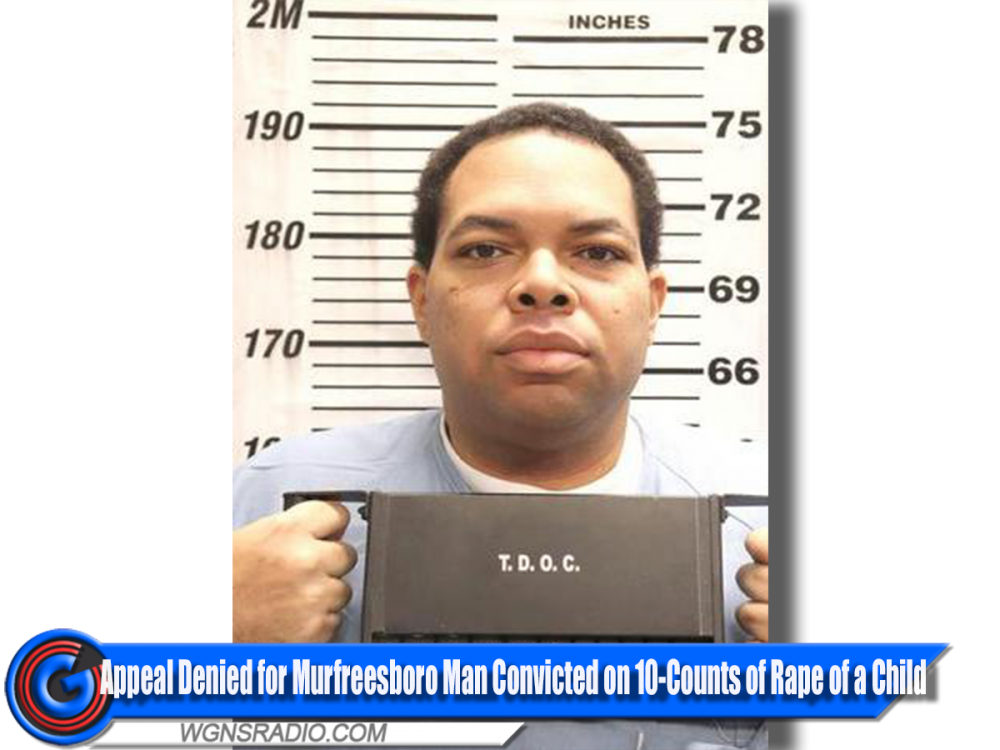 RUTHERFORD COUNTY, TENN. – The Tennessee Supreme Court has denied an appeal filed by Marcus Willingham, who was convicted in the Rutherford County Courtroom of the now retired Judge David Bragg. Willingham was convicted by a jury in 2019 on ten counts of rape of a child and two counts of solicitation of sexual exploitation of a child. He received an effective sentence of thirty years’ incarceration.

In Willingham's appeal, he claimed the trial court made an error in admitting pornographic material found on his electronic devices and that the evidence was insufficient to support his convictions. But the appeals court and the TN Supreme Court didn't agree.

In the original court case, Willingham was convicted for raping a child numerous times. Police first learned of the abuse after the child wrote a letter to her stepmother. When the child realized her stepmom failed to see the letter, she put it in her backpack and headed to school. An employee of the school in Murfreesboro found the letter and notified Murfreesboro Police.

As a result of the investigation, Willingham was indicted and ultimately convicted and sentenced to 30-years in prison. Felony offender records show the child rapes, all 10-counts, occurred in 2016 when the victim was only 8-years-of-age.

After the Tennessee Supreme Court reviewed Willingham's application for appeal, the court sided with the trial courts original conviction and sentence. The TN Supreme Court filed their denial order on July 13, 2022. The subject was previously denied an appeal by the Court of Criminal Appeals in April of this year (04/20/22).

Willingham, who turned 45 last month, will be released from prison one month prior to his 72nd birthday in year 2049.

1.) Rutherford County Board of Education approves one charter school application, rejects another