How would Rutherford County Sheriff SRO's React to a School Shooting Similar to What Occurred in Uvalde, Texas? 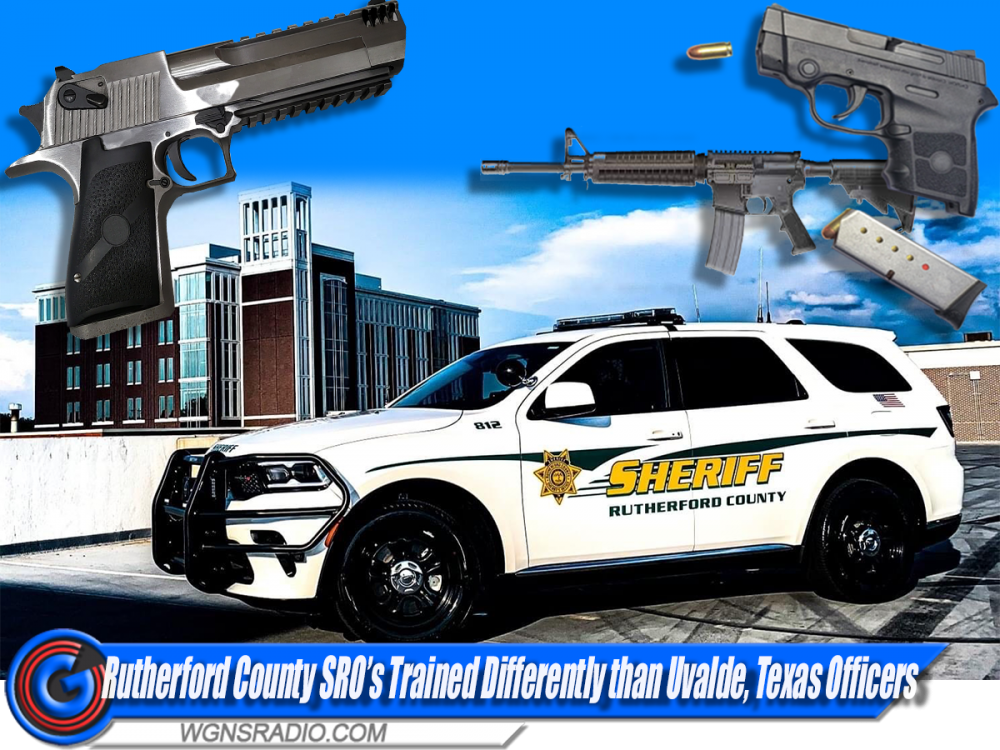 On May 24, 2022, one of the deadliest school shootings in U.S. history unfolded about 85-miles west of San Antonio, Texas. 19-Children and 2-teachers were gunned down by an 18-year-old at Robb Elementary School in Uvalde, Texas.

Shortly after the shooting, residents spoke out about law enforcement's lack of action. On the day of the tragedy, officers from multiple agencies descended upon the scene, hesitating to move-in and confront the shooter. Reports indicate an hour had passed before border patrol officers stormed the school, located and immobilized the shooter, who was killed in the 78-minute chain-of-events.

The incident has created discussion among school districts and law enforcement agencies nationwide with parents asking, 'If someone entered my child's school and opened fire, would it be handled the same way as it was handled in Texas?' Rutherford County Sheriff's Office SRO Sgt. Scott Culp told WGNS News... SRO Laura Enright stated...

School Resource Officer's (SRO) throughout the Rutherford County School District are certified law enforcement officer's who are assigned full-time to a school. The local SRO's receive many hours of ongoing specialized training, which covers everything from school shooting's to mentoring programs.

3.) REMINDER: August to be Tax Free for Groceries in Tennessee