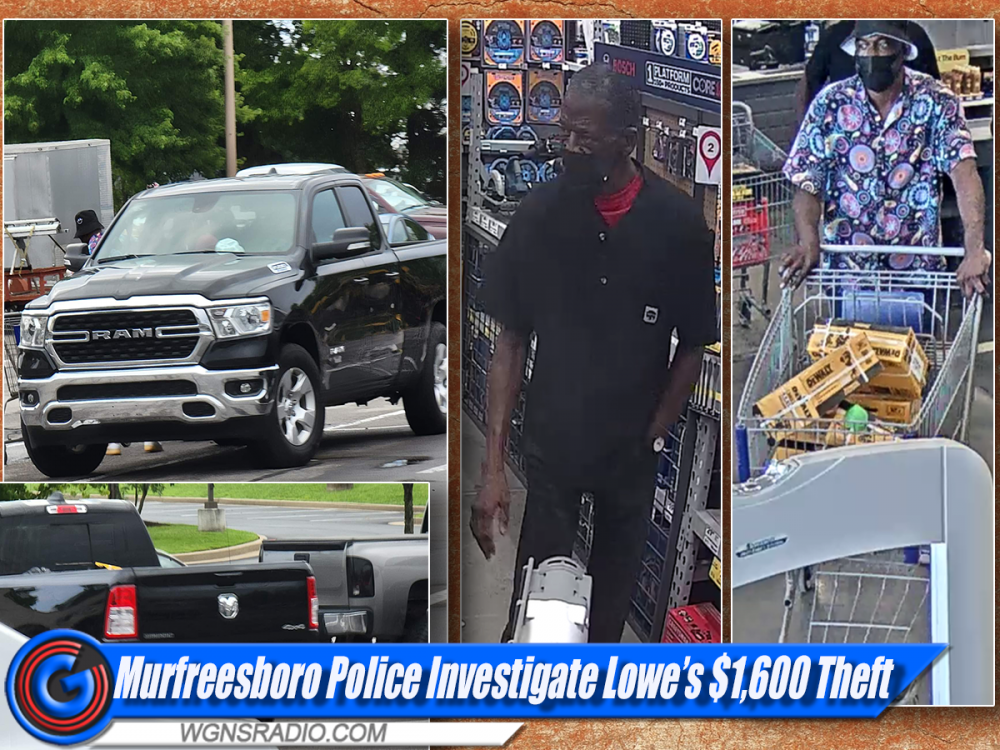 The Murfreesboro Police Department is investigating a theft case at Lowe's that reportedly included two shopping carts filled with more than $1,600 in merchandise.

According to MPD Public Information Officer Larry Flowers, two subjects left Lowe's on Old Fort Parkway with the goods – possibly fleeing the area in a black Dodge Ram extended cab pickup truck. The 4X4 didn't have a license plate on the back, making it harder for police to track down the owner of the late model truck.

Detectives would like to question the persons of interest seen in the above photos that were released on Tuesday. If you know who they are, authorities ask that you contact Detective Ed Gorham at 629-201-5507.