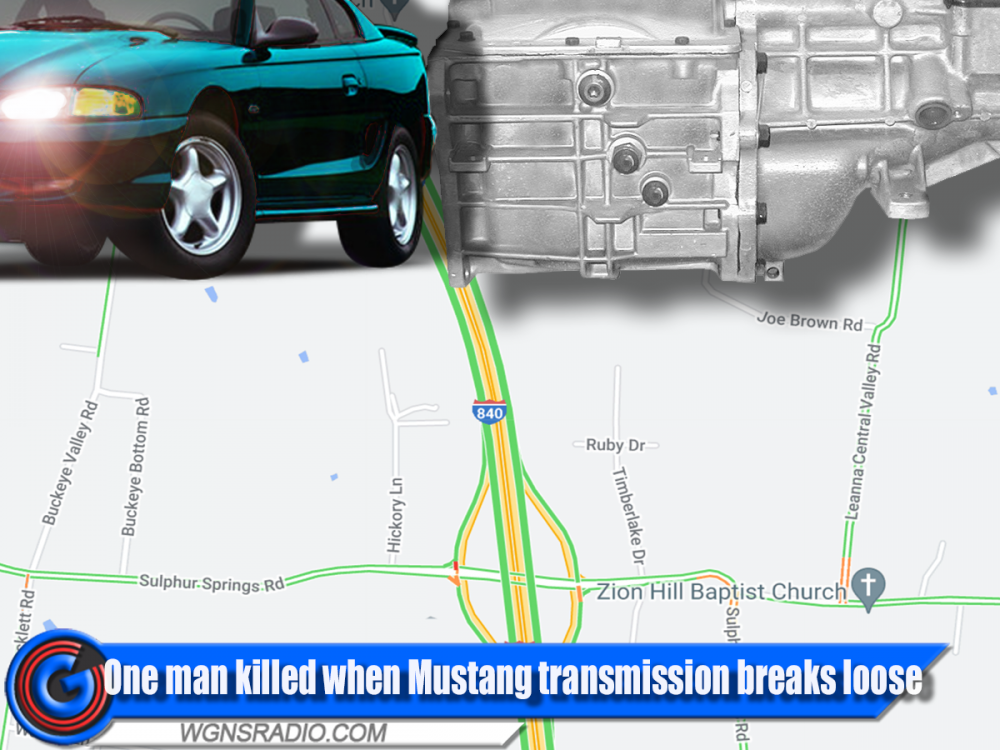 RUTHERFORD COUNTY, TENN. - UPDATE: There are no longer charges pending against the driver of a Ford Mustang after a fatal accident on Sunday (07/24/22) in Rutherford County. Now, the case is in the hands of the district attorney's office. The accident occurred on I-840 near the Sulphur Springs Road interchange.

Reports from the Tennessee Highway Patrol indicate a 30-year-old Woodbury man was driving a 1994 Ford Mustang in the Eastbound lane when the transmission of the car literally dropped, sending parts and debris all over the roadway. Some of the debris went airborne into the westbound lane at the 58-mile-marker, striking 3-cars.

Debris from the damaged transmission hit the front bumper of an Infiniti Q70, causing the hood of the sedan to be ripped away from the car. The hood slammed into the windshield and the front airbags to be deployed. The 49-year-old driver of the car was not injured and was able to safely stop his car on the side of 840.

A 2011 Toyota Corolla being operated by a 35-year-old Murfreesboro man, also made contact with the debris. Parts from the Mustangs' transmission punctured the front left tire of the Corolla and the driver was able to steer into the right shoulder of the interstate. There were no injuries reported in the Toyota.

The THP confirmed on Monday (07/25/22) that charges are no longer pending against 30-Year-old Christopher S. Davis. The Cannon County man was allegedly driving the '94 Mustang on I-840 when the transmission somehow came loose from the car. Davis was not injured and the case has been referred to the Rutherford County District Attorney's office.

1.) Some schools in U.S. Offering Housing as a Job Perk

2.) Gas Prices in Rutherford County are Down an Average of 0.37-Cents

3.) One killed in Saturday accident in Rutherford County