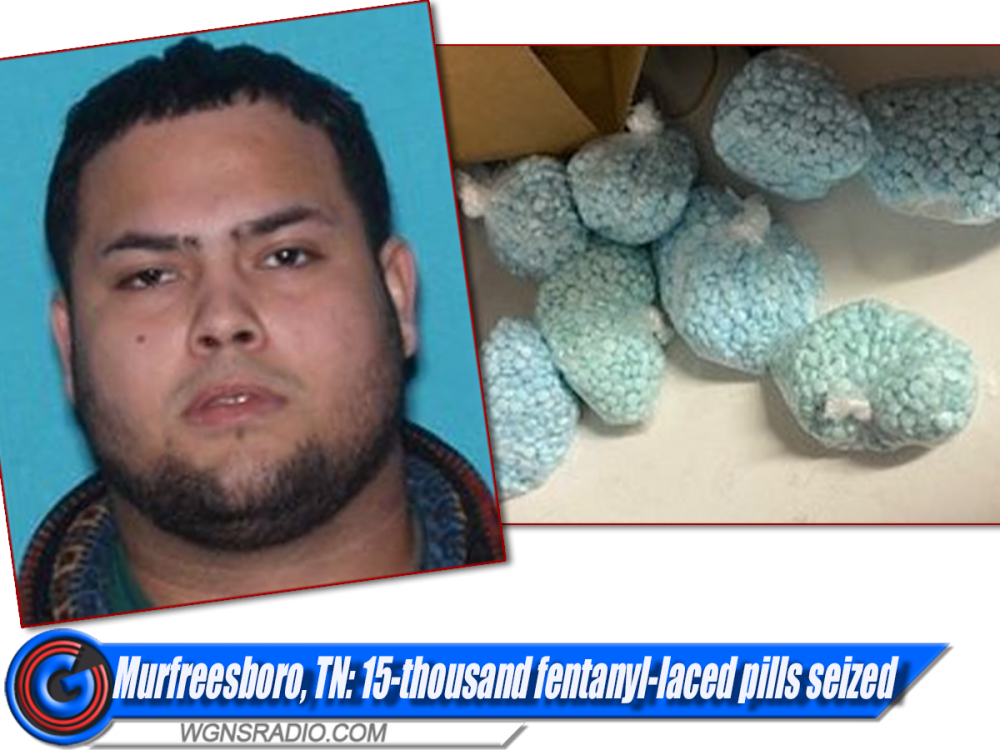 In June, Murfreesboro PD detectives and TBI drug agents received information about an individual involved in a drug trafficking organization that was supplying fake Roxicodone pills for distribution. During the course of the investigation, and with the assistance of the Metro Nashville Police Department and Drug Enforcement Administration, agents and detectives identified Angel Troche as the individual in possession of the fentanyl-laced pills.

On Tuesday, Angel Rodriguez Troche (DOB 11/25/1999) was found to be in possession of approximately 15-thousand pills, and was arrested by Murfreesboro Police.  He is charged with one count of Possession of Fentanyl over 300 grams.  He was booked into the Rutherford County Jail on a $150,000 bond.

2.) REMINDER: August to be Tax Free for Groceries in Tennessee