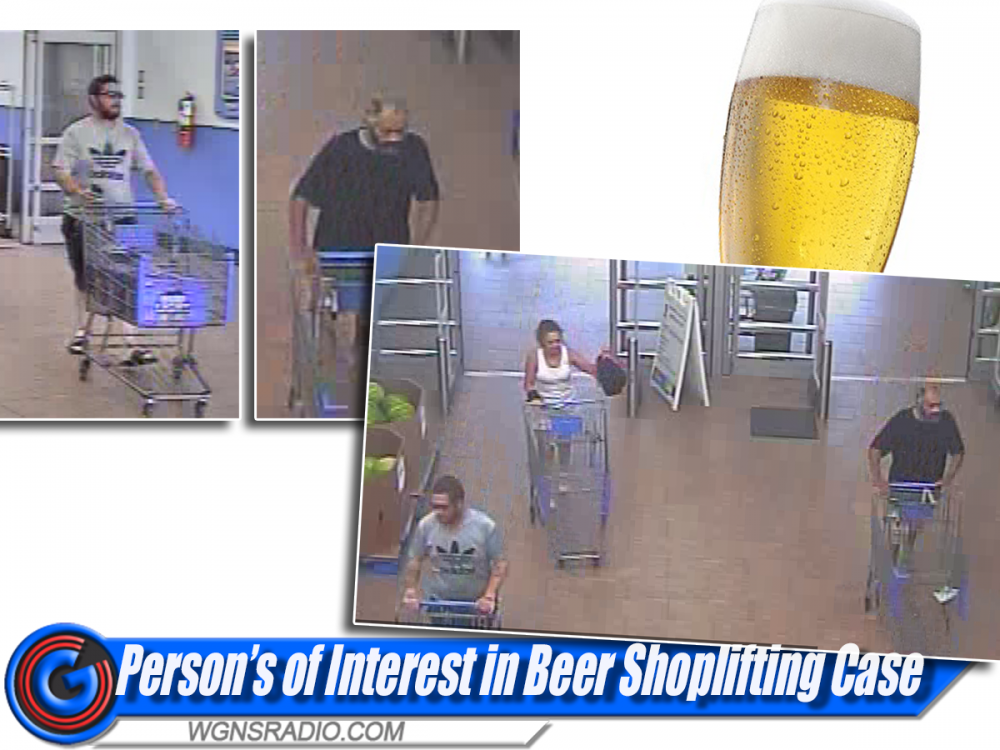 In Murfreesboro, detectives need assistance from the community to identify three subjects who have been labeled as ‘Persons of Interest.’

According to Murfreesboro Police, three people entered Walmart on Memorial Boulevard and shoplifted multiple cases of beer - - 12-cases to be exact, which add up to 288-cans of brew. That's 3,456 ounces of beer, weighing 216-pounds. Apparently, all 12-cases were loaded into shopping carts and pushed out the front door of Walmart on June 26, 2022.

Detectives would like to talk to the two men and one woman who were captured on security cameras as they exited the store. Outside the entrance of Walmart was a 2015 Kia sedan awaiting their departure. The Kia allowed the three to make their escape and to date, the trio has not been located. If you know who they are, you are encouraged contact Detective Shan Harris at 629-201-5536.

1.) City of Murfreesboro to federal lawsuit against the operators of the Middle Point Landfill

2.) Middle Tennessee Woman Missing for Over One Month

4.) Price of Homes have been HIGH in Murfreesboro – Building lots are scarce