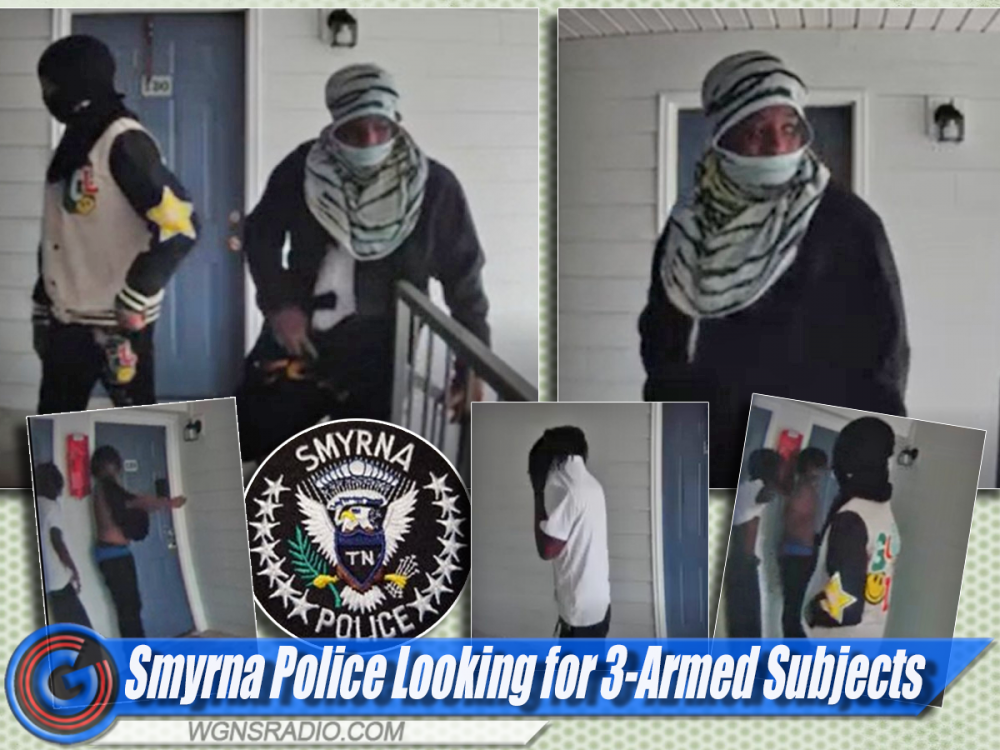 The Smyrna Police Department is looking for three individuals who allegedly tried breaking into an apartment unit at Laurelwood Apartments. One man was armed with a pistol and a second with a rifle, according to police.

The incident on Country Village Drive occurred on August 6th and the three unknown subjects have yet to be identified. All three covered their face in the bizarre and alarming situation. Smyrna Police ask that if you know who tried breaking into an apartment at Laurelwood, to contact Detective Allan Nabours at 615-887-3319. You can also email the detective at allan.nabours@townofsmyrna.org.

2.) SCAM Artist Asking for Donations for Those Who Lost Their Home to Fire

6.) Home Prices have gone UP as Murfreesboro Grows