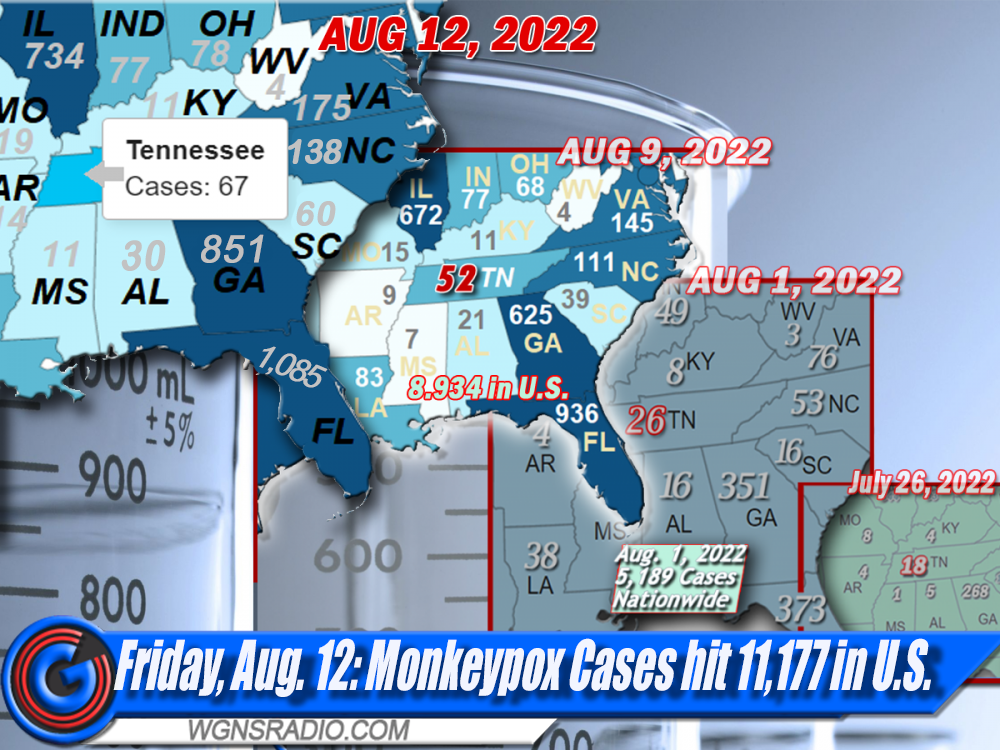 Over the week, the number of Monkeypox has climbed to 67 in Tennessee, according to the CDC. Nationwide, the number has grown by 2,243 new cases since Tuesday to a total of 11,177 confirmed cases on Friday morning.

In states that border Tennessee, the CDC reports Georgia has the largest number at 851 on Friday. Alabama, Mississippi, Arkansas, Missouri and Kentucky all have under 30-cases of Monkeypox, as of August 12, 2022.

Health officials have approved a plan that would stretch the nation’s current amount of monkeypox vaccines. CBS News Correspondent Jericka Duncan reported… Dr. William Schaffner, a Professor of Infectious Diseases at Vanderbilt University, suggested that even with the increased number of doses, it is still important for people who have already contracted the virus to isolate… Again, more than 11,000 people have already contracted monkeypox in the United States.

4.) Price of Homes have been HIGH in Murfreesboro – Building lots are scarce