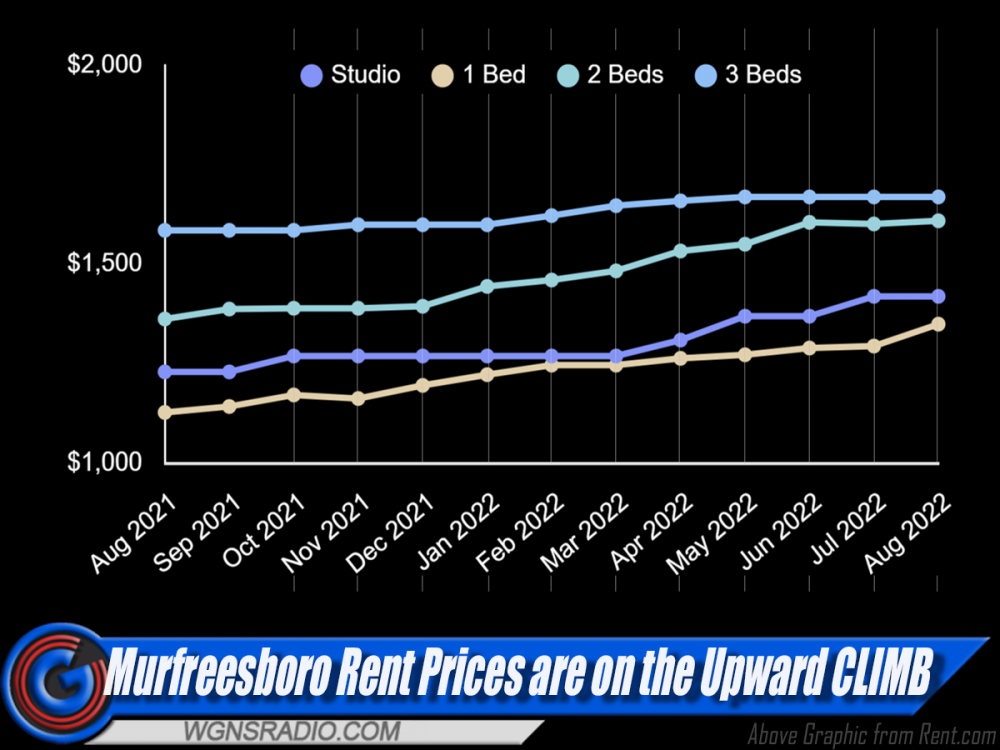 Housing prices continue to climb, which also equal increased prices for rental units throughout Rutherford County. According to Rent.com, apartment complexes in Murfreesboro are charging tenants between $1,349 and $1,789 per month.

When comparing current figures to rental prices charged last year and in 2020,  it appears that rent prices in Murfreesboro have climbed by 35% for studio sized apartments, of course - those are often the hardest to find. Also hard to find are the 1-bedroom units. 1-Bedroom apartments have increased in price by 20% in Murfreesboro. Rent for 2-bedroom units throughout the city have been increasing by 18%. 3-Bedroom apartments have also seen increases in rent, equaling an uptick of 21%.

11.) Bedford County Man Arrested on 2-Counts of Rape of a Child