The Median Price of Homes in Rutherford County Rose by 7.9% during the 1st Quarter of 2022 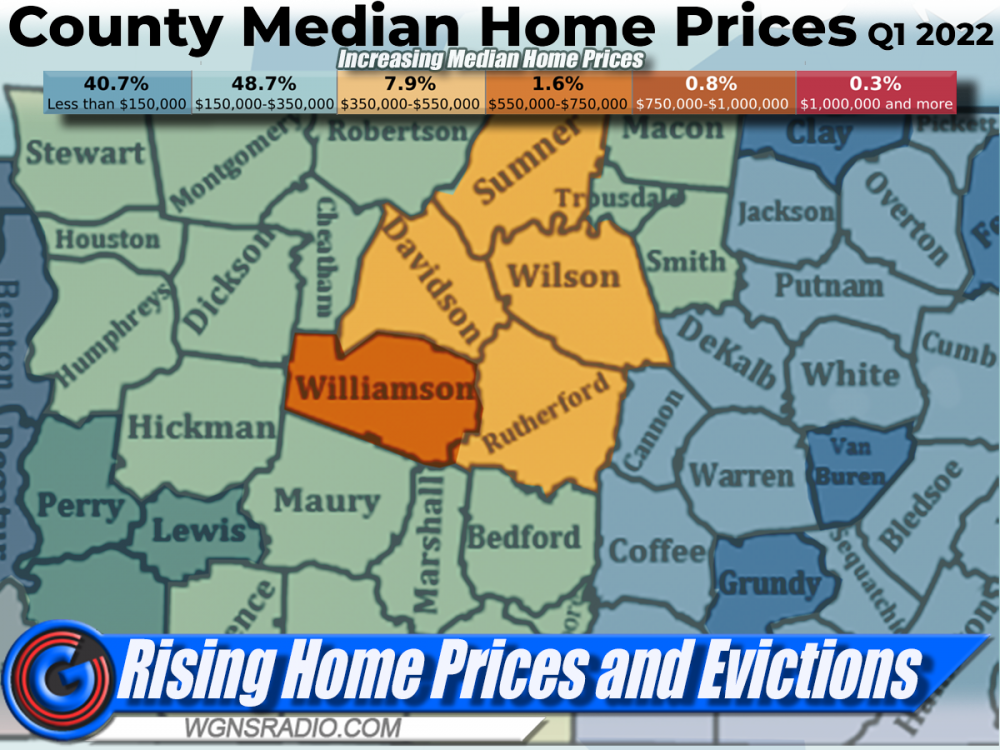 Above: From the National Association of Realtors

RUTHERFORD COUNTY, TENN. - Housing prices are up, as heard in numerous reports, which means first time home buyers moving into areas like Rutherford County are having a harder time than ever.

The National Association of Realtors reported for the first quarter of 2022, the median home price in Rutherford County was $363,470. Lawrence Yun, Chief Economist for the National Association of Realtors commented... Starting off the second quarter of 2022, real estate company Redfin reports the median sales price of homes in Rutherford County rings in at $437-thousand. Redfin also reported the number of home sales are down by 25%, when compared to the same time periord last year (2021). Redfin also reported that homes in Rutherford County are also sitting on the market longer at 17-days, as opposed to 11-days (median) in 2021.

When it comes to affordability, the current home and rent prices are starting to push local residents out of their homes and out of the market. Advocacy groups nationwide are reporting that evictions are up nationwide. Tennessee is no exception.

CBS News reports the numbers of people being evicted is greater in some areas of the country than others. Allison Keyes explains…WGNS recently reported on rent prices at apartment complexes in Murfreesboro and found the average 3-bedroom unit is renting for $1,789 per month. You can READ that story HERE.

In Rutherford County, there are several legal steps that must be taken by landlords to properly evict a tenant. This is especially true if the building owner decides to have an eviction notice served by the Sheriff’s Office…

According to the Sheriff's Office website, "Evictions will not take place if there is a 30 percent chance of rain nor on holidays and weekends. You are responsible for moving all the personal property at the time of the eviction." General Sessions Court can be reached at (615) 217-0069."

1.) 2020 Murder of U.S. Veteran in Murfreesboro Scheduled for Jury Trial

6.) Bedford County Man Facing 2-Counts of Rape of a Child