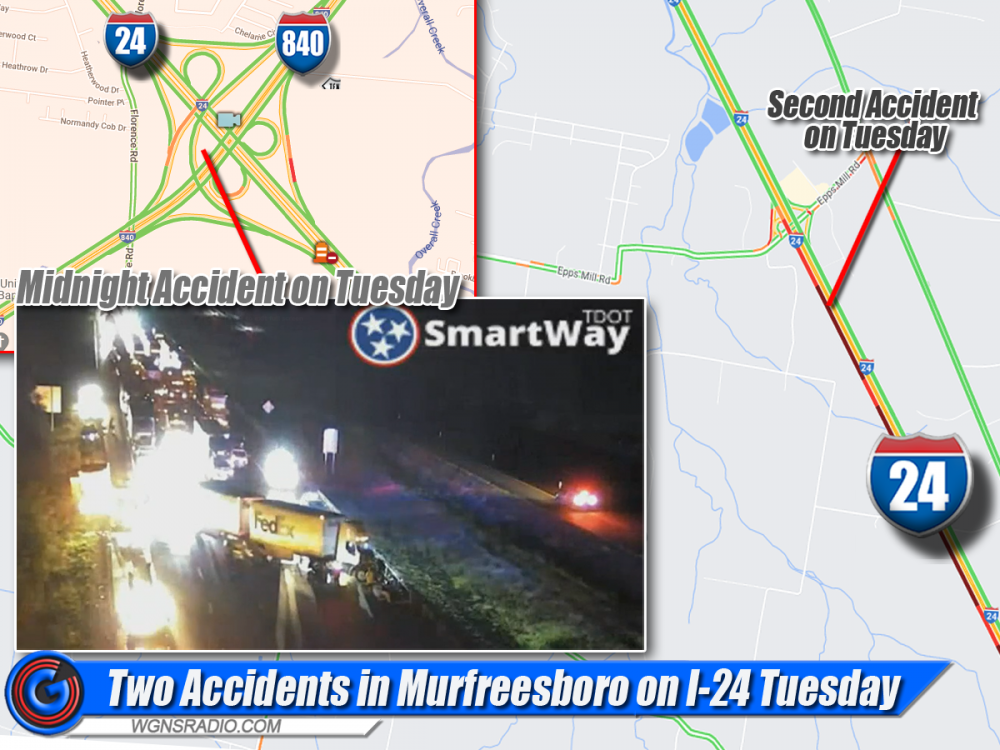 There was a fatal accident on I-24 between midnight and 1-AM on Tuesday morning. Evidently, a large FedEx tractor trailer truck was involved in the crash that ripped off a portion of the semi’s front end and engine bay.

Reports indicate at least one person was killed in the collision that involved multiple vehicles on I-24 West near the I-840 interchange in Murfreesboro. Apparently, the semi-truck was headed out of Murfreesboro when the wreck occurred, blocking all outbound lanes of the interstate. Two additional motorist suffered serious injuries in the accident.

The mangled FedEx truck, along with debris from other vehicles involved in the crash, were removed from the interstate just prior to reopening I-24 around 5AM (Tuesday).

Hours later, another crash occurred on I-24. The second crash of the morning occurred near the 93-mile-marker, between the Epps Mill Road and Beechgrove Exits. The Tennessee Highway Patrol told WGNS NEWS, “A commercial vehicle ran off the road. The truck was hauling lumber. Injuries are being reported.” One lane remained closed, as of 11:30 Tuesday morning, while crews recover the commercial vehicle.