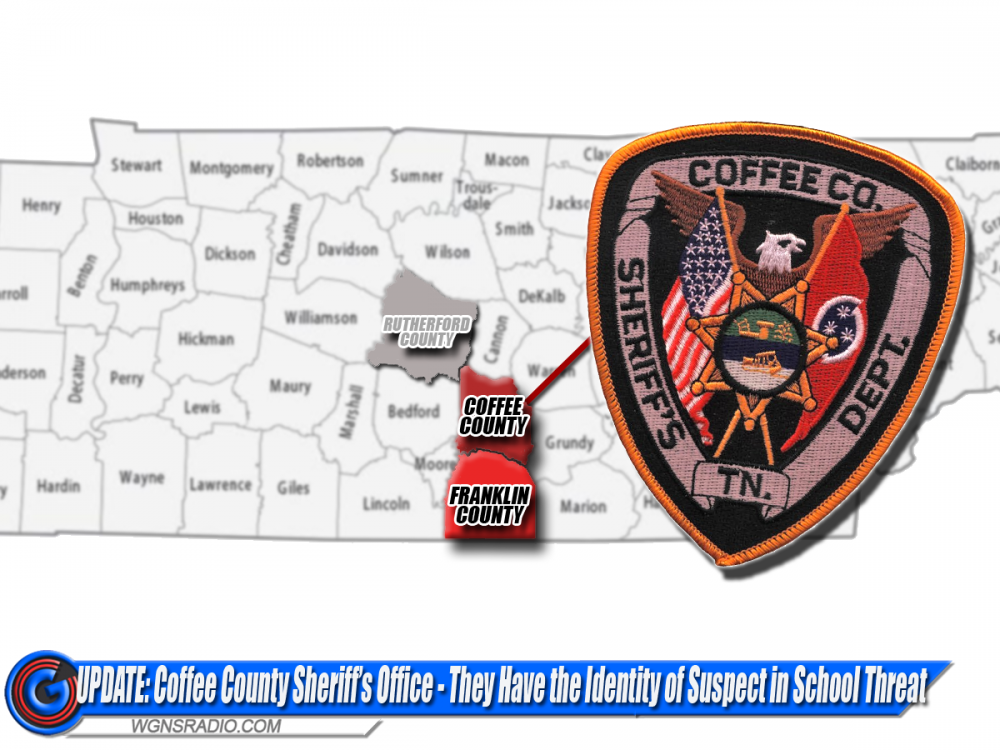 UPDATED at 2:30 PM on MONDAY: (COFFEE COUNTY) In neighboring Coffee County, the Sheriff’s Department reports they have identified the suspect who is accused of posting a threat against the schools in their community. Evidently, the threat that was posted to social media was directed towards the Coffee County Schools, although the threat was not school specific.

According to partner station WMSR in Manchester, TN, the threat was posted to Twitter. After the threat was posted, Coffee County School Resource Officers, detectives, the FBI, and the TBI jumped into action to trace down the subject who made the post. Coffee County Sheriff Chad Partin stated... Working with the Franklin County Sheriff’s Office, authorities tracked down the exact location of the suspect… The teen appeared in juvenile court on Monday afternoon at 1PM.

Sheriff Partin in Coffee County, which is the school system that located the threat, is home to multiple high schools, middle schools and elementary schools.

On Monday, the Sheriff had some strong words for parents… Coffee County authorities report the case remains open and the Sheriff says that he plans to ask the courts for the suspect to pay for the manhours that went into the investigation…

As for the reason the teen allegedly posted a threat on social media, it has not been released by detectives.

A special thank-you to partner station WMSR for covering more on this news story involving alleged threats of a school shooting in nearby Coffee County, Tennessee. This is where local radio stands out in keeping their community informed.