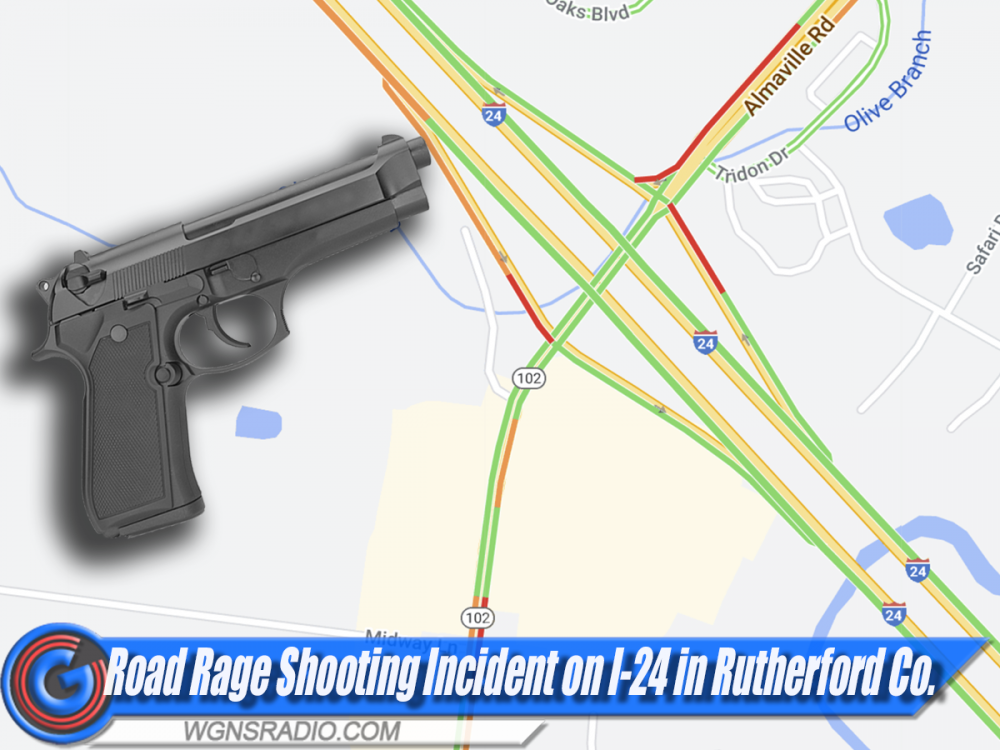 The Rutherford County Sheriff’s Office is investigating what has been labeled as a road rage shooting. The incident took place this past Friday morning at 12:37 AM.

According to the Sheriff’s Office, a tractor trailer truck driver was fortunate to escape injury when the driver of an SUV allegedly fired one round into the cab of his truck.  The shooting occurred near the 70-mile-marker on Interstate 24 East, heading toward Chattanooga, sheriff’s deputies reported. The 70-mile-marker is the Almaville Road interchange in Smyrna.

The truck driver, who was in a white 18-wheeler, was trying to merge lanes because of construction near Almaville Road when the second driver, in a dark colored SUV, drove on the shoulder and tried to pass him, Deputy Joseph Brady reported. The big rig could not move over because of traffic, the deputy reported. The SUV driver slowed down and reportedly fired one round into the cab of the semi before moving in front of the truck and driving away.

Rutherford County Detective Will Pinson said information is needed on the SUV driver. The Sheriff’s Office ask for people who have information to please call Pinson and leave a message at 615-904-3056. People may also call Crime Stoppers at 615-893-7867 from 8 a.m. to 4:30 p.m., Monday through Friday.