An old-fashioned case of swindling, with body pillows and motor oil in Murfreesboro 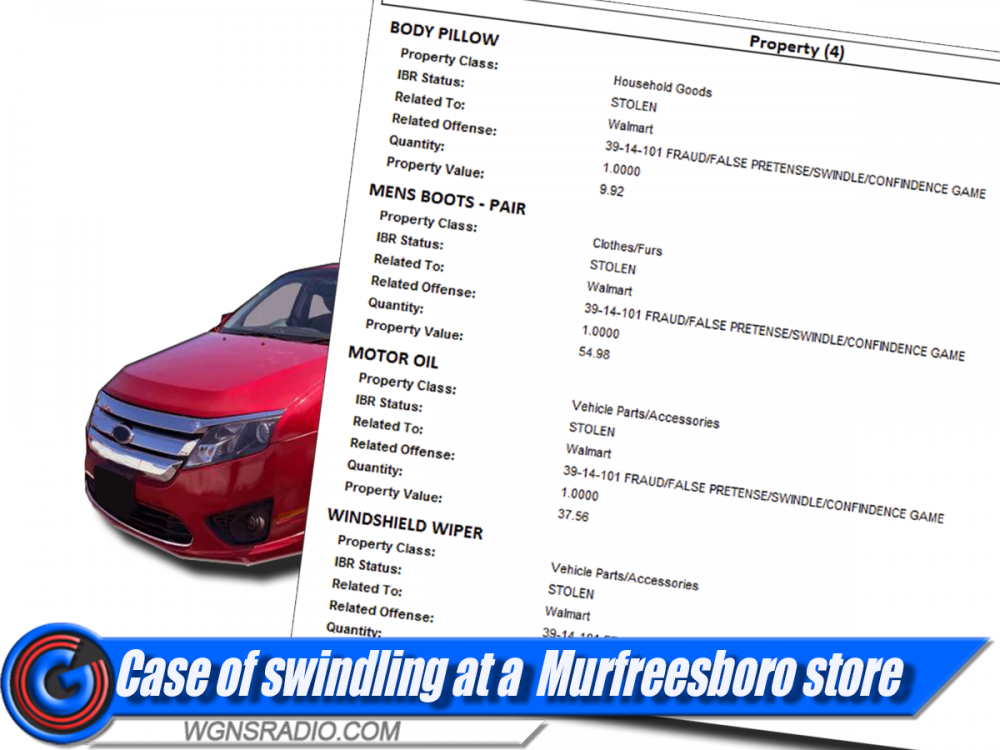 Murfreesboro Police were called by a loss prevention worker at Walmart on Joe B. Jackson Parkway at South Church Street in regards to a case of swindling.

Evidently, a 33-year-old Murfreesboro man entered the store and grabbed a pair of boots, motor oil, a body pillow and windshield wipers. With the odd combination of merchandise in hand, the suspect made his way to the customer service desk. There, he proceeded to return the goods to the store.

Accepting the returns with a smile, the man was handed $68 in cash along with a $52 Walmart Gift Card... all for his fraudulent returns. After taking the goods back, the culprit headed for the exit. Little did he know, every step of his shopping expedition was caught on camera - even his return transaction at customer service. The man fled the scene in a red Ford Fusion.

Authorities believe they have positively identified the customer, who will be facing misdemeanor theft charges if and when he is caught.