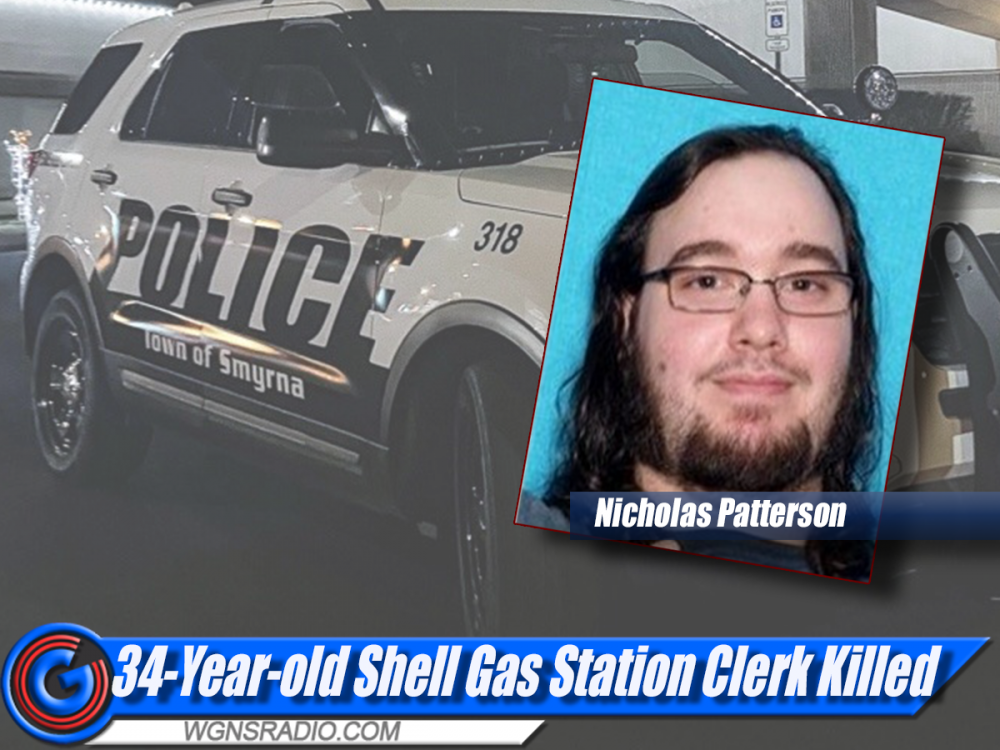 (SMYRNA)  Smyrna police have released the name of the clerk who was shot to death around 3:00 o'clock Tuesday morning (8/30/2022) at the Shell convenience store on StoneCrest Boulevard near the hospital and Sam Ridley Parkway. 34-year-old Nicholas Patterson was rushed to the hospital, but was pronounced deceased.

A spokesperson for the Smyrna Police Department told WGNS their detectives have been working closely with Franklin Police and it appears there might be a connection with a similar robbery that occured in Williamson County 3-days prior. Both agencies are comparing evidence and coordinating the data through the larger crime files at the Metro Nashville PD.

As reported earlier by WGNS, surveillance videos show a suspect attempting an armed robbery. Officers determined that an unknown male suspect entered the business and displayed a handgun while demanding money from the register.

Smyrna police described the suspect as a black male with a medium build. He was wearing a black hooded sweatshirt with blue jean type pants, black shoes, and a black hat.

This crime is being actively investigated, and anyone having information is asked to contact Detective Steve Hannah at the Smyrna Police Department at (615) 267-5146.