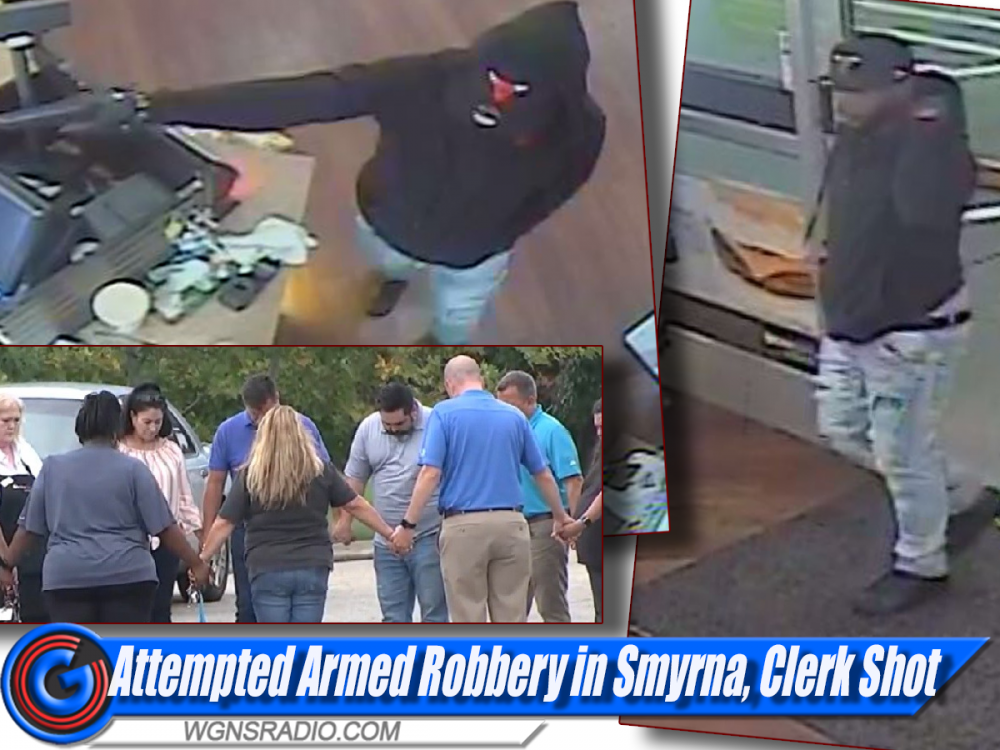 (SMYRNA, TN) Here’s an update on the fatal shooting that occurred around 3:00 o’clock Tuesday morning  (8/30/2022) at the Shell Fuel Station on StoneCrest Boulevard near Sam Ridley Parkway.

Surveillance video shows a suspect attempting an armed robbery. Officers determined that an unknown male suspect entered the business and displayed a handgun demanding money from the register. (see photo of suspect)

The suspect then shot the clerk and fled the store.

34-Year-old Nicholas Patterson, the store clerk who was shot, was rushed to the hospital. Sadly, he was pronounced deceased.

Smyrna police described the suspect as a black male with a medium build. He was wearing a black hooded sweatshirt with blue jean type pants, black shoes, and a black hat.

Family members and employees gathered later in the parking lot of the convenience store, held hands and prayed for their deceased friend. They also prayed that police will be led quickly to the shooter.

This crime is being actively investigated, and anyone having information is asked to contact Detective Steve Hannah at the Smyrna Police Department at (615) 267-5146.