Man Captured on Video After Alleged Purse Theft Wanted for Questioning in Murfreesboro - Do You Recognize Subject in Photos? 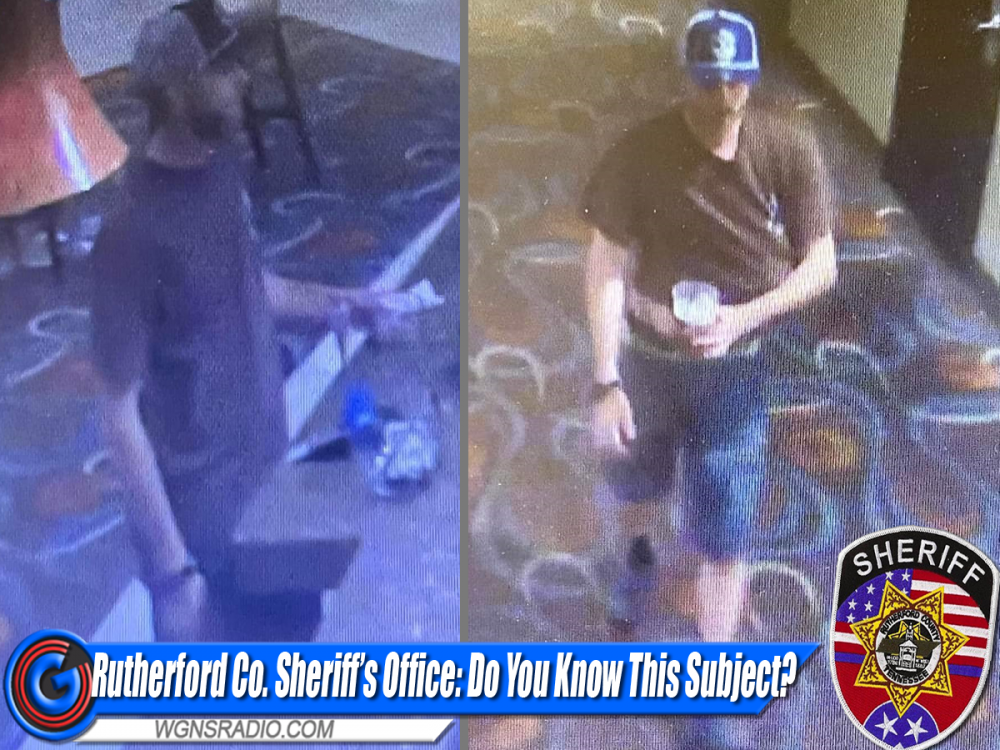 The Rutherford County Sheriff’s Office is asking the question, “Do you recognize this man? Sheriff's Detectives want to speak to him about the theft of a purse. The theft was reported on Saturday night, Aug. 27 at the AMC Theater in the Stones River Town Centre off of Old Fort Parkway in Murfreesboro (previously known as the Stones River Mall).

After the victim of the theft filed a report about her stolen purse, detectives were able to obtain photos / video of the possible suspect at the movie theater. The pictures were then released to media (photo above this news story).

People who have information about the subject in question or know his identity, are asked to call Rutherford County Sheriff’s Detective Ryan Huggins at 615-904-3032, or email him at rhuggins@rcsotn.org. You can also call Crime Stoppers and remain anonymous at 615-893-7867 (call between 8 a.m. and 4:30 p.m., Monday through Friday).