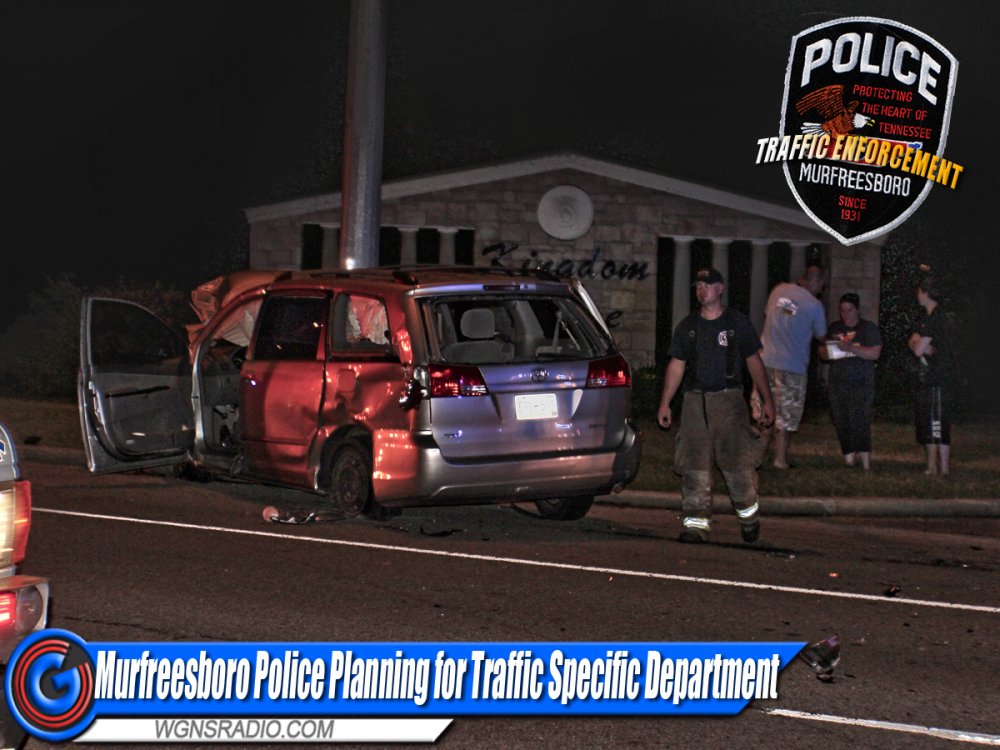 Photo from 2013 in Murfreesboro - No serious injuries

As Murfreesboro continues to grow, so does the flow of traffic. Police Chief Michael Bowen told WGNS News on Wednesday that the MPD has been working to develop a traffic specific unit…The Murfreesboro Police Department is also working on a plan to make it easier to report traffic complaints in specific neighborhoods. Again, a new traffic-enforcement department is in the planning stages for the city police department.

Some Police Departments No Longer Respond to Minor Auto Accidents

ADVERTISEMENT
Some police departments across the country have halted their response to minor auto accidents as a way to tackle the ever-growing problem of traffic growth that corresponds with population growth. Not responding to minor accidents frees-up police officers, allowing them to respond to more serious problems on local roadways.

Knoxville, Tennessee is one of the many cities changing their response to auto-accident policies. A statement released by the Knoxville P-D showed, “Beginning on September 1, 2022, Knoxville Police Department officers will no longer respond to certain non-injury crashes.”  Knoxville Police Chief Paul Noel stated, “Minor, non-injury crashes occupy a lot of our officers’ time and minimize our ability to respond more quickly to higher priority calls or conduct proactive traffic enforcement initiatives to actually prevent serious crashes from happening.” Chief Noel continued, “We want to recapture that time so that we can focus our efforts on being visible in city neighborhoods and addressing violent crime.”