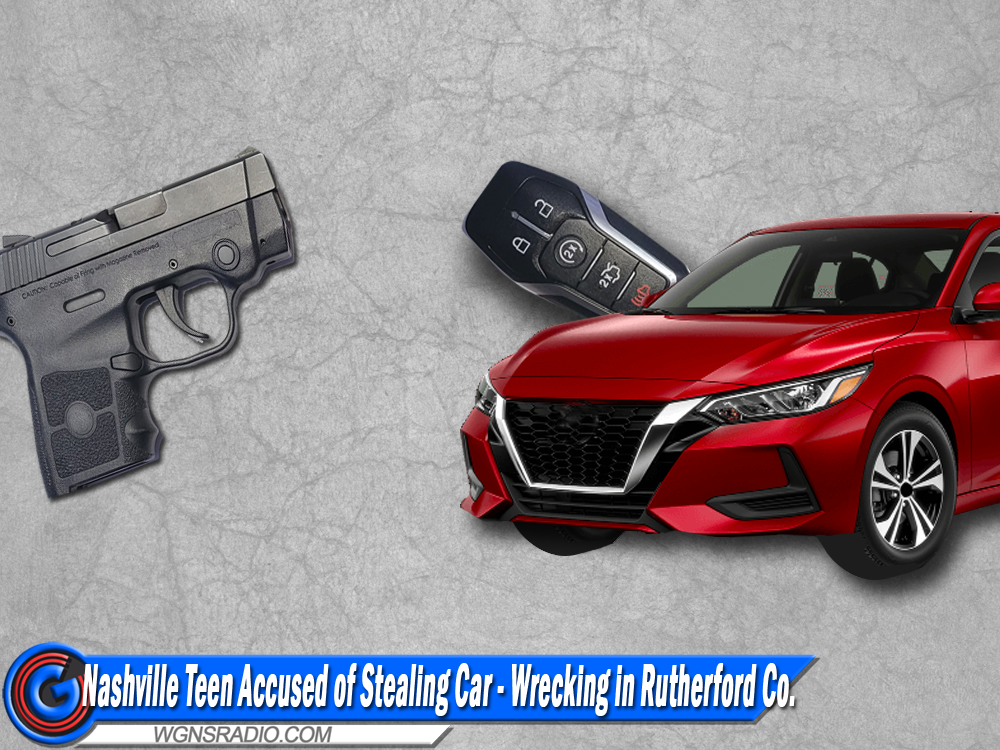 Nashville Metro Police officers this past Friday morning responded to a report of at least three young men breaking into vehicles in the 1700 block of Hobson Pike. As officers arrived during the early morning hours, they saw a red Nissan Sentra leave the area at a high rate of speed. The license plate did not match the car. The officers attempted to initiate a vehicle stop but the driver fled, crashing later in LaVergne.

After the accident in Rutherford County, the 14-year-old driver allegedly fled on foot, but was quickly apprehended. The Nissan Sentra had previously been stolen on August 31st from a residence on Village Hills Drive. A spare key had been left inside the Sentra.

The teen is charged in Juvenile Court with evading arrest, theft of a vehicle, leaving the scene of a crash, and resisting arrest.

The Metro-Nashville Police Department, along with other departments throughout the Middle Tennessee area, strongly encourages motorist to lock their automobile doors, secure any valuables---especially guns, and REMOVE THE KEYS.

Going hand in hand with vehicle burglaries is vehicle theft. A review of last week’s stolen vehicle reports in Nashville shows that 67% of the automobiles taken (39 of 58) were easy targets because the keys were left inside or made available to thieves.

Just like guns taken from vehicles, these stolen autos are also routinely involved in criminal activities, including carjackings and robberies.