Daylighting of Town Creek will Soon Happen in Downtown Murfreesboro 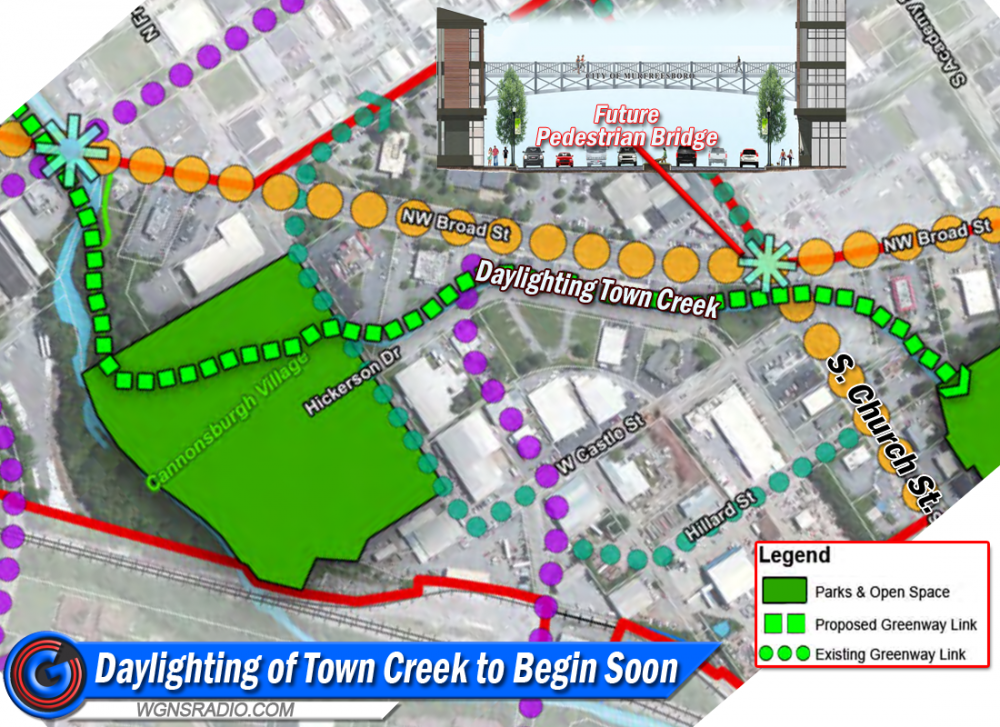 A Greenway Trail will be built along Town Creek, once it is daylighted.

Murfreesboro City Council Member Austin Maxwell told WGNS NEWS that changes are coming to the historic downtown area, starting with the long awaited daylighting of Town Creek, which travels between the Murfree Spring Wetland area and Cannonsburgh Village… Maxwell talked about other changes to the downtown… He said the creek will be a positive asset to the downtown area… The councilman highlighted how changes will equal downtown being more of a destination for tourists and locals alike…

Again, this past week the Murfreesboro City Council approved moving forward with the daylighting of Town Creek and transforming a portion of the area known as The Bottoms into a park-like area. See the original study on The Bottoms from 2016 HERE.

Originally, the city planned to build the pedestrian bridge at the Vine and Broad Street intersection, but changed those plans when developers proposed a residential / retail structure at the Broad and South Church Street intersection. Plans to move forward with the construction of the mixed-use retail, office and residential complex on Broad at South Church Street(s) remain on go. However, construction cannot move forward until existing buildings at that intersection are torn down. Officials are still working on property acquisitions to make way for the new mixed-use facility.