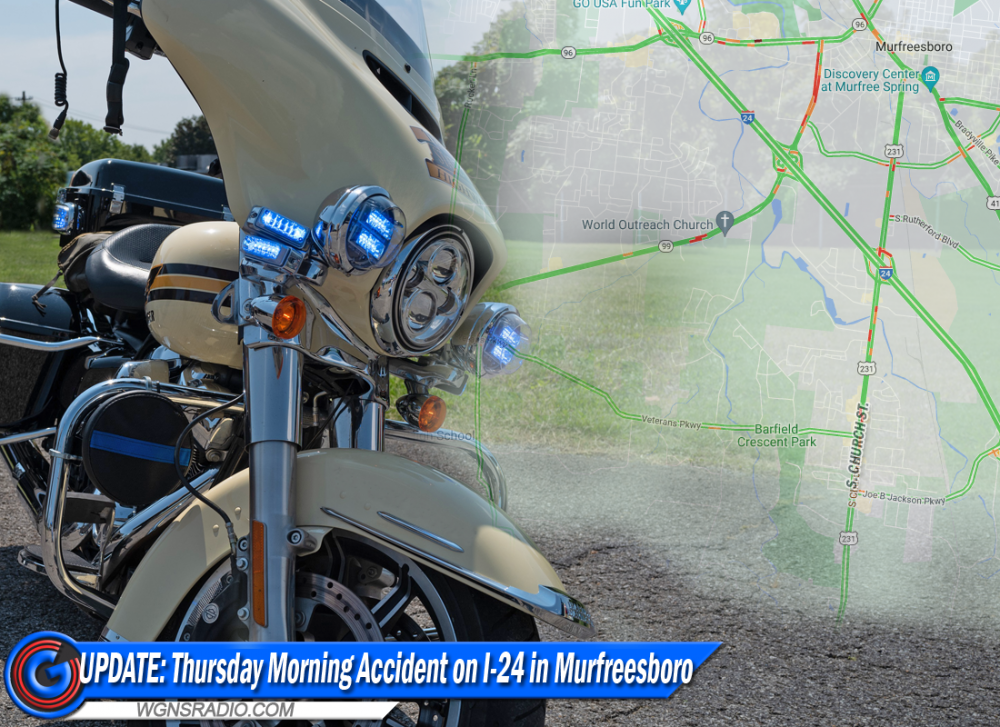 All lanes of I-24 reopened around 10:45 Thursday morning after the Tennessee Highway Patrol shut down the roadway due to an accident.

As originally reported, the wreck occurred on Interstate 24 in the outbound lanes headed towards Chattanooga near the South Church Street interchange in Murfreesboro. As the wreck was being investigated by the Highway Patrol, drivers had to exit onto the New Salem Highway and make their way to either Warrior Drive or Middle Tennessee Boulevard as a detour to make their way around the crash on I-24.

The Sheriff’s Office, Tennessee Highway Patrol, Emergency Medical Services and Murfreesboro Fire Rescue all worked the accident. WGNS will have more details on what occurred later today, as soon as the preliminary results of investigation into the accident are released by the THP.