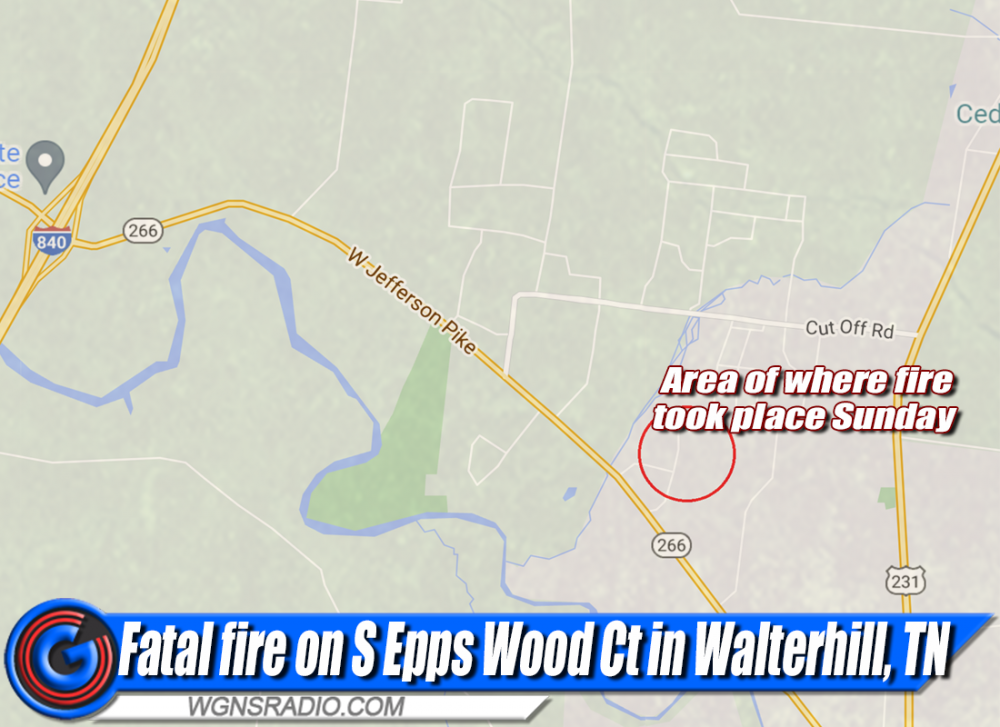 UPDATE - (WALTER HILL, TN) The name of the victim who is beleived to have died in the house fire this past Sunday in Rutherford County has been released, after her identification was confirmed and family members were notified.

On Sunday, October 2nd, 9-1-1 received a home-fire report on South Epps Wood Court in the Walter Hill community just before noon. Upon arrival, crews encountered heavy fire ventilating from one corner of the house.

Crews discovered a victim in the structure on Sunday, who has since been identified as Glenora White. The woman was located during a search of the residence shortly after fire crews arrived on the scene, where she was pronounced deceased.

South Epps Wood Court is in the area of Autumn Wood Drive off of West Jefferson Pike, between Lebanon Pike (231) and I-840.