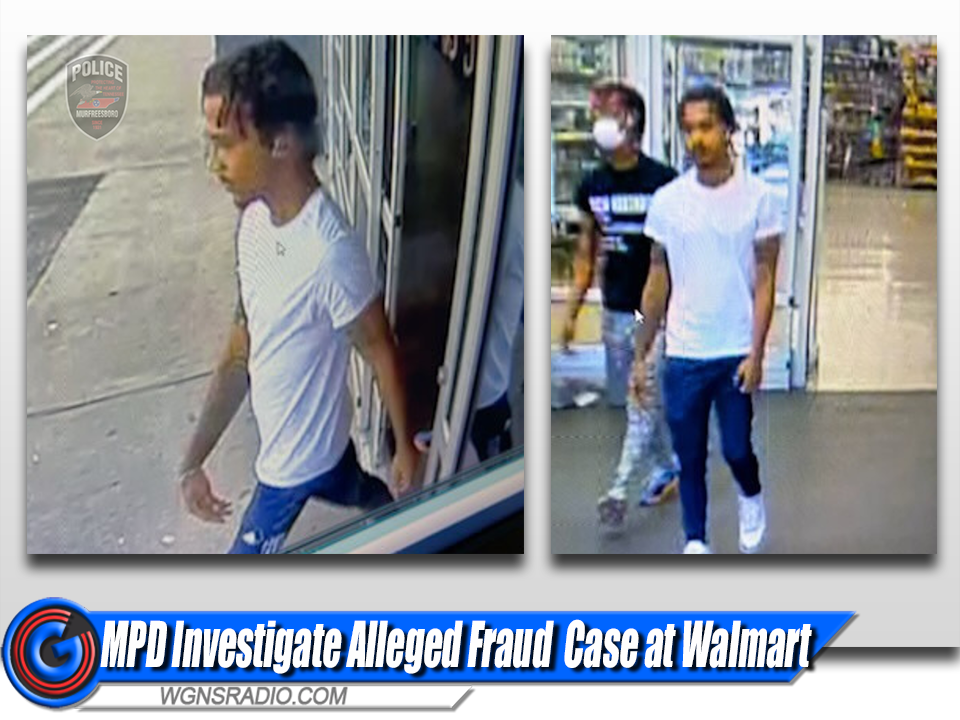 (MURFREESBORO, TN) Community members are asked to be on the lookout for two men who are ‘Persons of Interest in a case that involves a fraudulent ‘rewards card’ scam. Detectives are currently investigating and attempting to identify the individuals who allegedly placed two countertop kitchen appliances in their cart and proceeded to a check-out line at the Memorial Boulevard Walmart store. After the cashier scanned the items, one of the males produced a card that he stated was a "rewards card.”

The second male then selected two Walmart gift cards and asked for $500 to be placed onto both cards using the same "rewards card” to pay for them, according to the MPD. Police say the situation was later determined to be a scam and these two are alleged to have hit multiple Walmart locations along the East Coast.