THIS PAST WEEKEND: Uncle Dave Macon Days at The Fountains: A Fresh Start 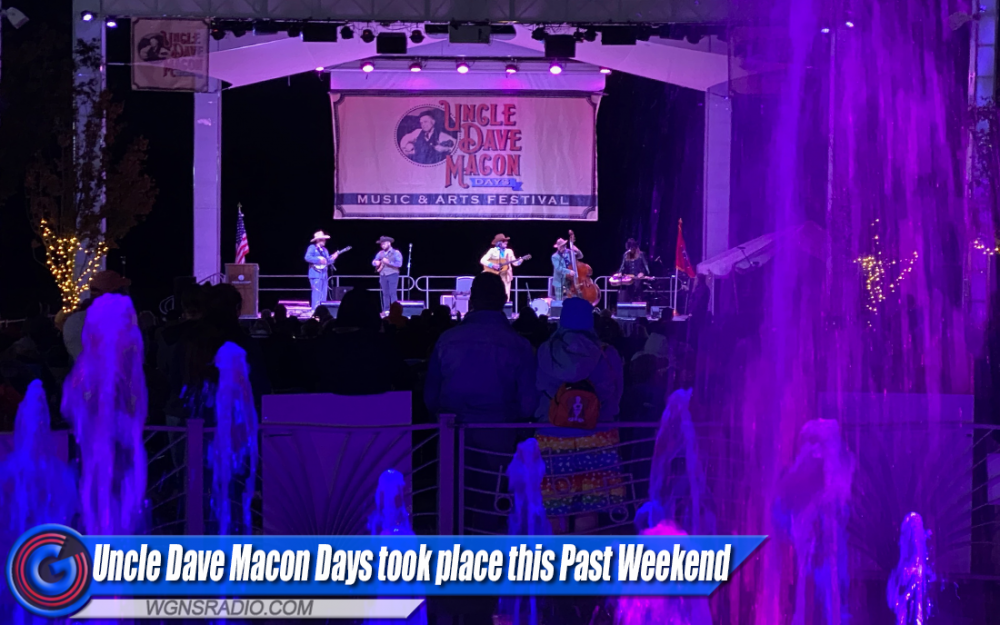 (MURFREESBORO, Tenn.) Something beautiful happened in the ‘Boro’ at Uncle Dave Macon Days at “The Fountains”, October 7th and 8th.  A new kind of Roots Rendezvous musical experience emerged amidst cheerful chatter splashing in a kaleidoscope of color at The Fountains in Murfreesboro, Tennessee.

On Friday evening, October 7th, a blend of old and new started the festival with the traditional bluegrass sounds from the Glade City Rounders. With the Uncle Dave Macon’s performing style, iconic LeRoy Troy was there to celebrate and entertain at Uncle Dave’s 152nd birthday.

The Jug Band sounds of the 1920’s from the Jake Leg Stompers and Uncle Shuffelo and His Haint Hollow Hootenanny were incredible. Joining the ranks of Bill Monroe and Ricky Skaggs, Uncle Shuffelo was the recipient of the prestigious Uncle Dave Macon Days, Heritage Award for their lifetime work in preserving old-time music and dance. They have been instrumental in the preservation of Old-time Buckdancing and Clogging with the formation of the Thomas Maupin Festival, an event now happening annually in Unionville, Tennessee.

“The Picker’s Alley” and the round stage was managed by Lynn Wallace from the Dew Drop Jamboree. The afternoon was followed by the syncopated, sounds of clog dancing from the Mid-State Cloggers. The group has been an institution at Uncle Dave Macon Days for 24 years.

On Saturday, October 8th, the main stage burst forth with the warm, vibrant sounds of the Will MacLean Band followed by the innovative sounds of the Caleb Christopher Edwards Band. The evening started with the rollicking music of the Jake Leg Stompers. So many younger festival goers could not help themselves. The magic continued transforming the crowd into a sing-along moment that ended with one-of-a-kind musical comedy act, The Cleverly’s. The Cleverly’s were honored by the Uncle Dave Macon Days organizers with the coveted, Trail Blazer Award joining past recipients like The SteeleDrivers who have received this honor.

It takes hundreds of volunteers to help make Uncle Dave Macon Days happen. Maredith Metier from Clayton and Royalty Accountants and Church Street Gallery was the recipient of the Jesse Messick Service Award for her efforts in making 2022 a reality. Her generosity and efforts were recognized by the organization.

For now, in this moment reflecting on the opportunity and energy that has emerged at The Fountains, there is a welcoming, refreshing possibility for 2023.