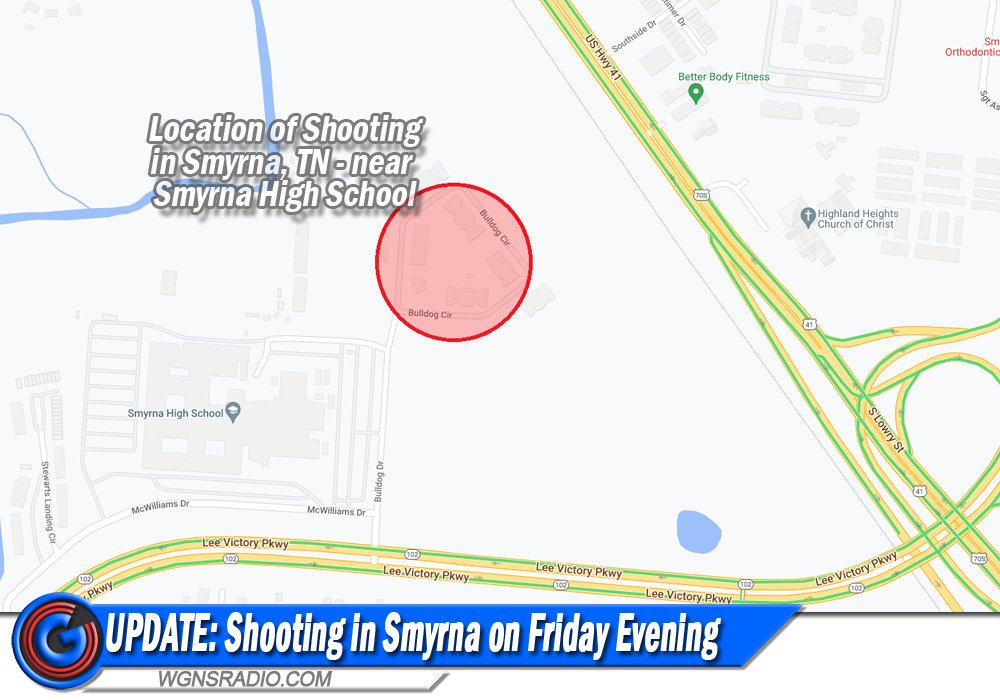 SMYRNA, TN / UPDATE — More news on the shooting that took place this past Friday in Smyrna. There, the Smyrna Police Department (SPD) continues their investigation into the incient that occurred on Friday evening, Oct. 14, 2022.

On the day of the shooting, the Smyrna Police Department responded to a call at the Ridgemont Park Apartments behind Smyrna High School. Michael Stewart and his son had just arrived at the complex and upon arrival a verbal altercation occurred between Mr. Stewart and a 17-year-old juvenile male residing at the complex.

While the nearby Smyrna High School was not in session when the shooting occurred, there were still some faculty and students on the school grounds, which is why the school had to be placed on lockdown. James Evans, spokesperson of the Rutherford County Schools stated, “The school went on lockdown, which is standard procedure, because of a reported shooting at some apartments adjacent to the school.”