Murfreesboro is the Best City for Single Moms in Tennessee 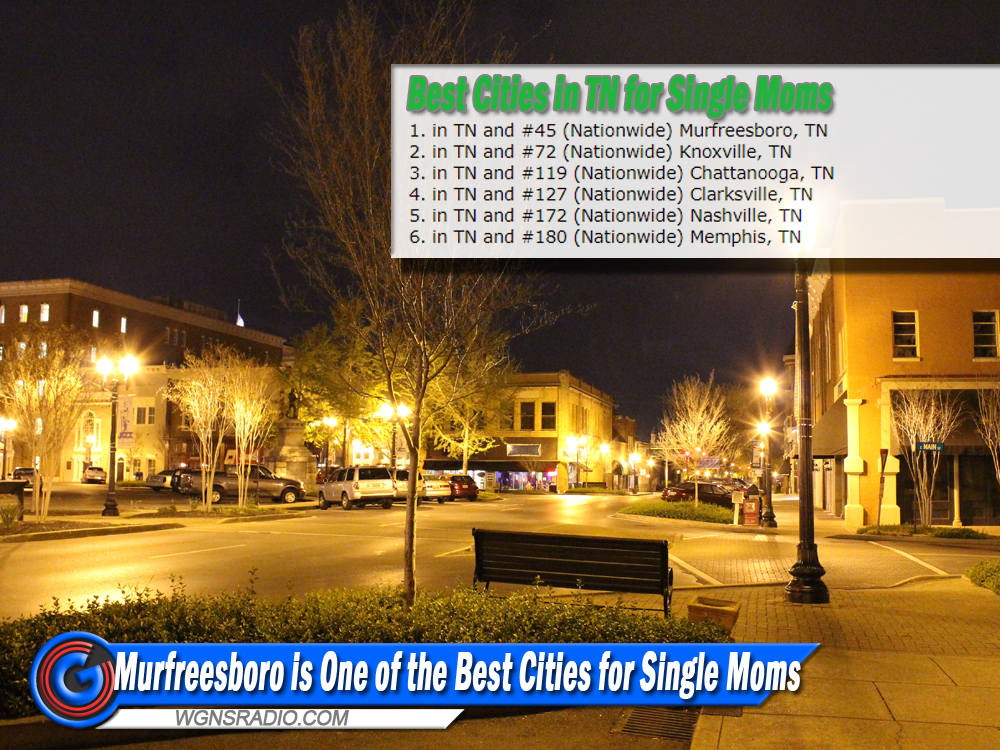 (MURFREESBORO, TN) Motherhood is a challenge, especially if you’re alone. That’s why living in a supportive environment can make a world of difference for a single mother.

LawnStarter put together a ranking of the best cities for a single mom to live in 2022.Their study focused on larger cities that have a population of at least 100-thousand residents. Specifically in the Volunteer State, Murfreesboro was ranked as the best place for single moms, beating out Nashville, Knoxville, Chattanooga and Memphis.

When examining cities throughout the entire country, Murfreesboro was rated as the 45th best city for single moms out of 200 cities nationwide. In the category of affordability, Murfreesboro was ranked as the 5th best place, meaning the ‘Boro is the 5th most affordable place to live in the country. Murfreesboro also ranked well for the availability of child care, placing at number 59 out of 200-cities with number 1 being the best.

Some of the metrics in the study included safety, affordability, child care availability, work-life balance, the quality of schools and more.

Nationwide, the number 1 city of single moms is Roseville, California, followed by Naperville, Illinois at number 2 and Portland, Oregon at number 3 on the list.

The worst city for single moms, according to the LawnStarter survey, was Detroit, Michigan, which was ranked at number 200 on the list of 200-cities.

Nationwide, Naperville, Illinois was the number 1 city for single dads, followed by Overland Park Kansas and Sioux Falls, South Dakota at numbers 2 and 3.