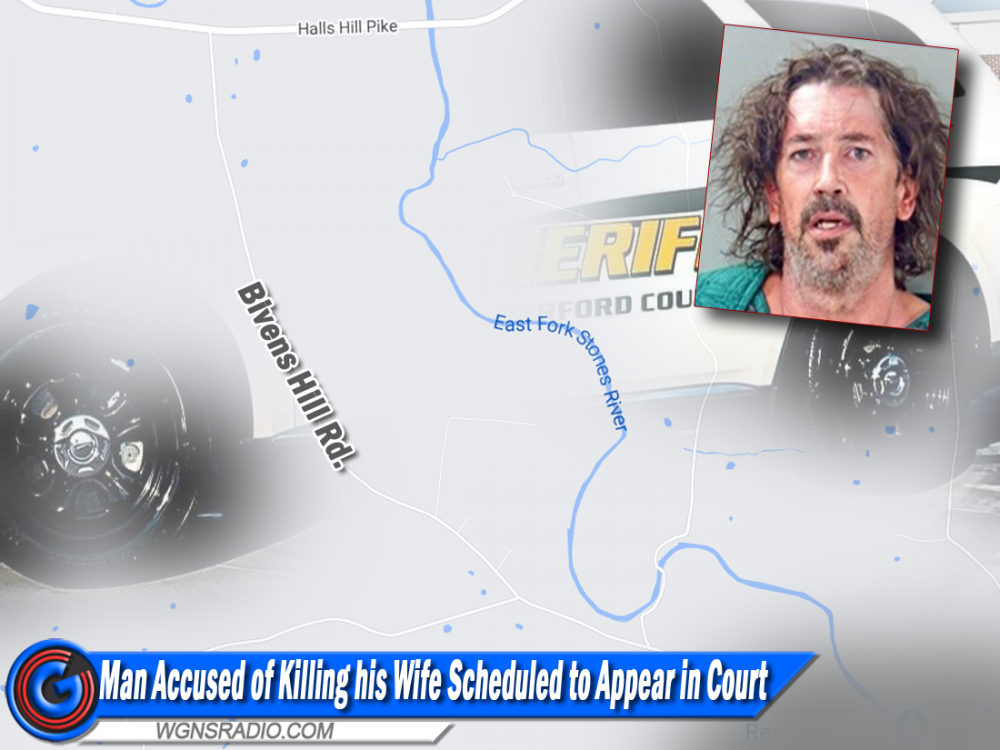 (RUTHERFORD COUNTY, Tenn.)  A man accused of killing his wife on September 27th of last year will appear in court this November for a preliminary hearing.

Rutherford County District Attorney Jennings Jones told WGNS News what deputies found when they first arrived at Irwin Odom’s home on Bivens Hill Road off of Halls Hill Pike in 2021…Rutherford County Sheriff's Detective Capt. Britt Reed said, “Deputies located Mrs. Odom in the residence deceased from an apparent gunshot injury." Detective Ty Downing said Odom was at the home when they arrived. Downing noted, “He agreed to meet with the investigators for an interview."

51-Year-old Irwin Keith "Boo" Odom is scheduled to appear in General Sessions Court for a Preliminary Hearing on November 7th. He is accused of killing his wife Mrs. Toni Odom, who was only 27-years-old. Reports indicate Odom married his wife 5-years prior to her death when she was 22-years-of-age. At the time, he would have been 46.

The suspect remains behind bars at the Rutherford County Adult Detention Center in Murfreesboro.