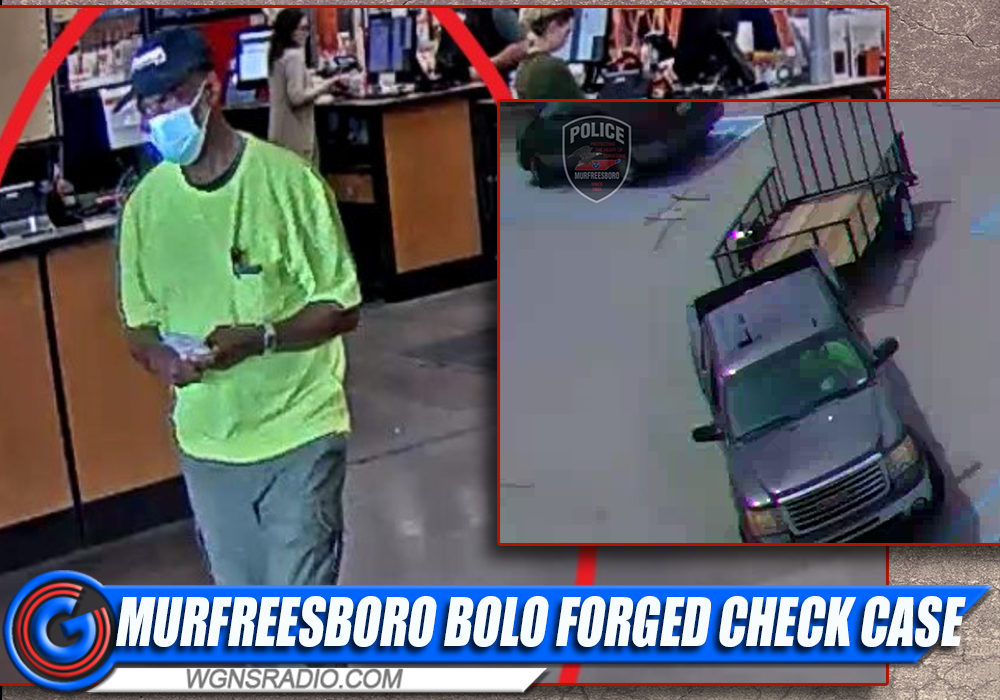 Photos and video released by the MPD

MURFREESBORO, Tenn. – A stolen check that was reportedly written to the tune of more than $4,700 was allegedly used to purchase a Toro brand zero-turn radius lawn mower. Murfreesboro Police say the mower was purchased at a Chattanooga Home Depot store this past September. The check, that authorities say was fraudulently written, belonged to Management Marketing Concepts, a property management and rental company in Murfreesboro.

Evidently, a person of interest was caught on camera at the Home Depot store in Hamilton County, Tennessee when the purchase was made. The subject on video was seen buying the mower and later loading it into a trailer that was attached to a dark colored pickup truck.

The MPD released a video of the suspect (below), in hopes of someone recognizing him or knowing of his whereabouts. If you have any information that would be helpful in solving this case, please contact Detective Rice at 629-201-5550.