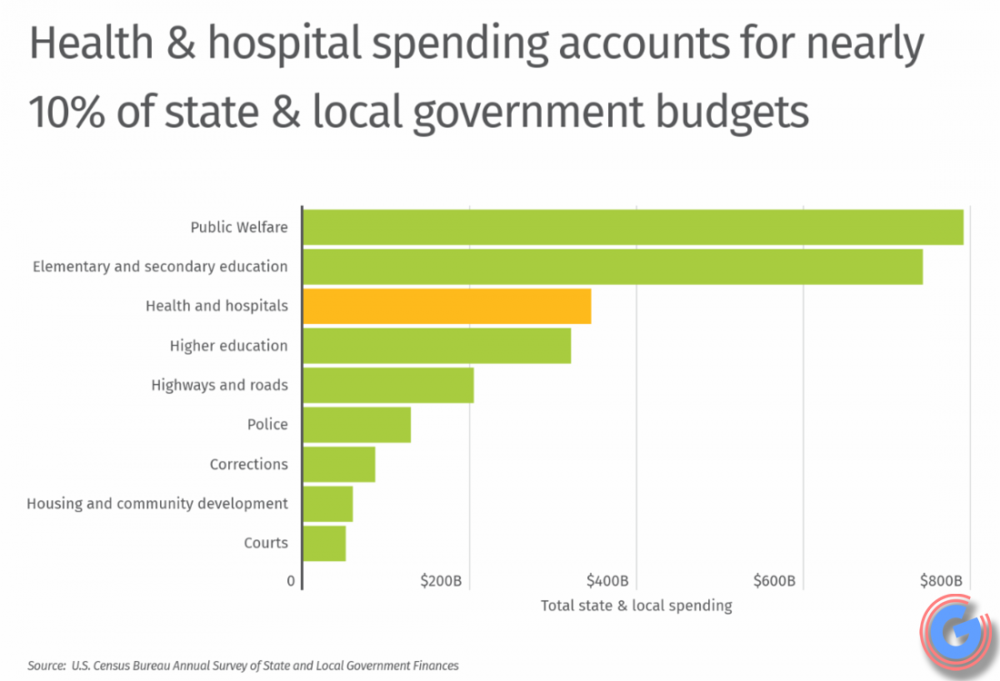 HEALTHCARE and TENNESSEE'S RANKING - The challenges facing the healthcare sector in the U.S. are numerous. The U.S. lags behind other developed nations on many key metrics of health, including life expectancy, chronic disease burden, and avoidable deaths. The population has been growing older on average with the aging of the Baby Boomers, creating increased demand for health services. Longtime public health challenges like obesity, substance abuse, and mental illness have wide-ranging impacts on Americans’ overall health and well-being. And in the last few years, the COVID-19 pandemic has placed unusually heavy strain on healthcare providers and hospitals.

MORE On Healthcare Costs in the United States - With these many interlocking and compounding challenges, the U.S. spends heavily to support the healthcare system. According to federal data, national health expenditures in the U.S. total $4.1 trillion per year, making up nearly 20% of the nation’s GDP. The bulk of this spending comes from the federal government, which contributes 36.3% of expenditures, and U.S. households, which account for 26.1%.

However, this trend has not played out the same in all locations. In fact, 13 states have seen a decline in health and hospital spending per capita over the last decade, led by Arizona, where spending has declined by more than 50%. In contrast, other states have seen rapid growth in health spending. Vermont’s inflation-adjusted state and local spending per capita more than doubled between 2010 and 2020, from $355 to $730, and Utah’s 96.2% rate of growth was not far behind.

Just as trends in health spending have varied by geography, total spending also looks different from state to state. Nationwide, states and localities spend around 9.9% of their budgets on health and hospitals, at a total of $1,047 per capita. But a number of states and localities spend well above these figures, including Wyoming, where the per-capita spending is nearly triple the national average, and South Carolina, where health and hospital spending represents nearly 20% of state and local expenditures.

TENNESSEE - Here is a summary of the data for Tennessee:

RECAP ON STATES - The state that spent the MOST on health and hospital related costs was South Carolina in the number one (1) position. There, the per capita spending came in at $1,787. In looking at all of the state’s spending, health & hospital spending accounted for 19.3%.

Wyoming was ranked at number two (2) on the list, spending $2,936 per capita. When looking at various state expenditures throughout the state of Wyoming, 18.9% of the state’s total spending was funneled into health & hospital spending as a share totaled 18.9%.

North Carolina was ranked at number three (3), spending $1,665 per capita in health and hospital costs. When you break that into shares of North Carolina’s total budget, it appears that health & hospital spending took 18.8% of their total budget.

See the ranking of all states HERE. For more information, a detailed methodology, and complete results, you can find the original report on HowtoHome.com’s website: https://www.howtohome.com/us-states-that-spend-most-on-health-and-hospitals/