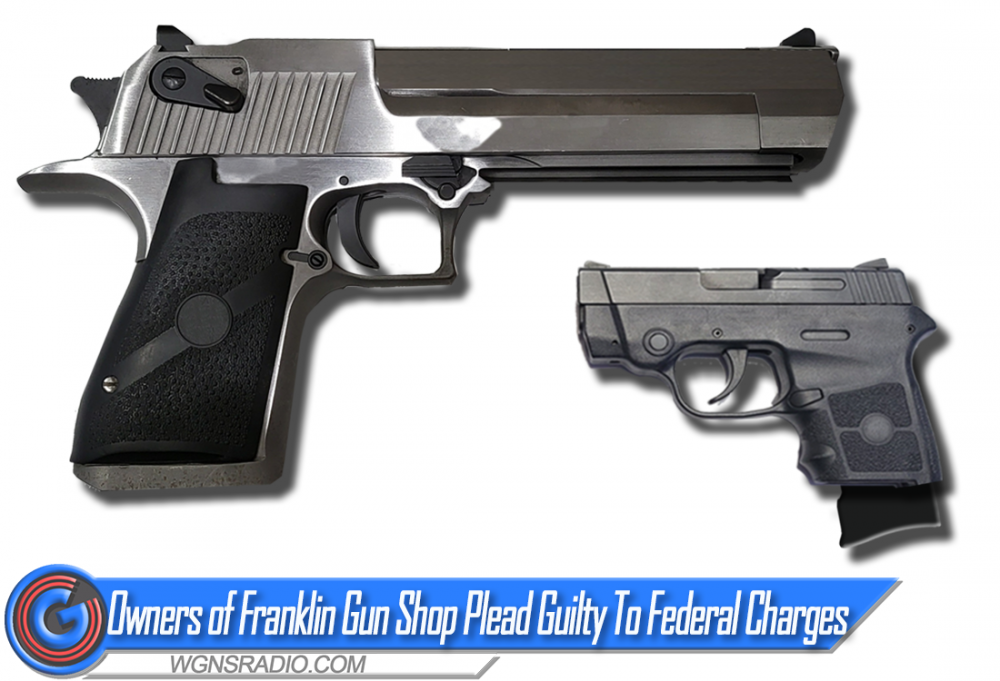 (FRANKLIN, TENN.) A short drive down Highway 96 in nearby Williamson County, the owners of Franklin Gun Shop pleaded guilty in U.S. District Court to obstruction of justice and making false entries regarding the disposition of firearms, announced U.S. Attorney Mark H. Wildasin for the Middle District of Tennessee. The guilty plea was confirmed by the United States Department of Justice on Tuesday (November 22, 2022).

“Proper record keeping is an essential requirement of all Federal Firearms Licensees,” said U.S. Attorney Wildasin.  “When the firearms record-keeping process breaks down, the resulting implications can be disastrous and hinder law enforcement’s ability to properly investigate gun crimes or keep firearms out of the hands of violent criminals and disqualified persons.  I commend the ATF for their vigorous attention to this matter.”

Court documents reflect that in 2016, the ATF performed a compliance inspection of the Franklin Gun Shop and numerous violations of applicable federal regulations regarding record keeping were found.   A follow-up inspection by the ATF in 2020 found that hundreds of firearms, out of the more than 10,000 firearms in Franklin Gun Shop’s inventory, were unaccounted for in the business’s internal records.  Over the course of the following year, hundreds of the previously unaccounted-for firearms were located within the business, but as of July 2021, approximately 144 firearms could not be located.

The Hasslers later provided fraudulent documentation to the ATF in an attempt to account for the missing firearms.  In many cases, the Hasslers would take a completed, legitimate 4473 form —from a prior purchase — and would add one or more of the missing firearms to the form to make it appear to regulators that these firearms had been purchased as part of that original transaction.  The goal was to deceive the ATF into believing that the firearms were not missing but had been sold. Subsequent interviews by the ATF with multiple customers identified on these fraudulent forms established that these customers had not purchased the firearms attributed to them. Several of these customers produced original receipts showing that the missing firearms had not been purchased as the falsified forms indicated.

“ATF’s core mission is to protect the public from violent crime, particularly crimes involving the use of firearms,” said Marcus Watson, Special Agent in Charge of ATF’s Nashville Division.  “An essential part of this mission is ensuring that federal firearms licensees comply with applicable federal laws and regulations, particularly the implementing regulations of the Gun Control Act.  This FFL committed numerous violations with the intentional disregard of their known legal duty and with plain indifference to their legal obligations. The ATF remains committed to ensuring public safety and compliance and enhancing the traceability of firearms.”

If the plea agreements are accepted by the Court, the Hasslers have agreed to a term of three months of home detention and two years of supervised release.  The Hasslers have also surrendered their Federal Firearms License and will complete the audit in progress by the ATF.

According to the U.S. Attorney's Office Middle District of Tennessee, sentencing is scheduled for May 25, 2023. This case has been part of an ongoing investigation by the ATF and prosecuted by Assistant U.S. Attorney Robert E. McGuire.