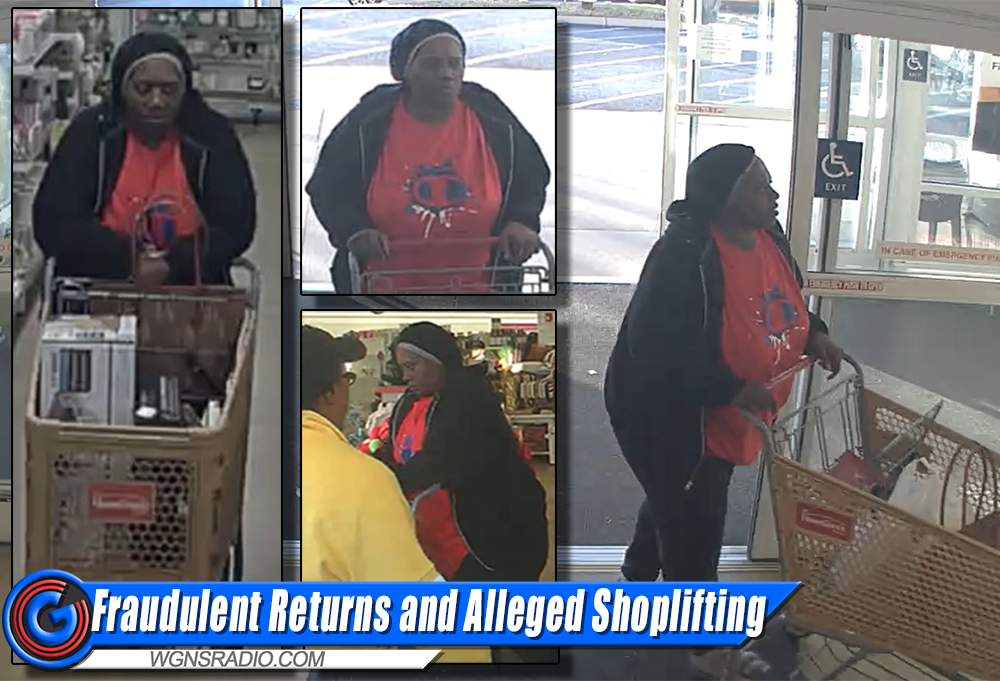 (Murfreesboro, TN) Detectives in the Murfreesboro area need help identifying a person of interest in a theft case. According the MPD, the theft in question occurred on December 31, 2022.

The unknown woman, believed to have been captured on a security video camera, entered the Home Goods store next to Marshalls on North Thompson Lane with only her purse and a single shopping bag in her cart. Once inside, the woman headed towards an area of the store that held an assortment of cookware. Police report she allegedly selected kitchen accessories and then headed to the refund desk. It was there that she was said to have completed a fraudulent return for store credit. The suspect reportedly received store credit as opposed to cash, because she lacked a sales receipt.

The MPD asks, “If you know this person of interest, please contact Detective William Pullias at 629-201-5640.”