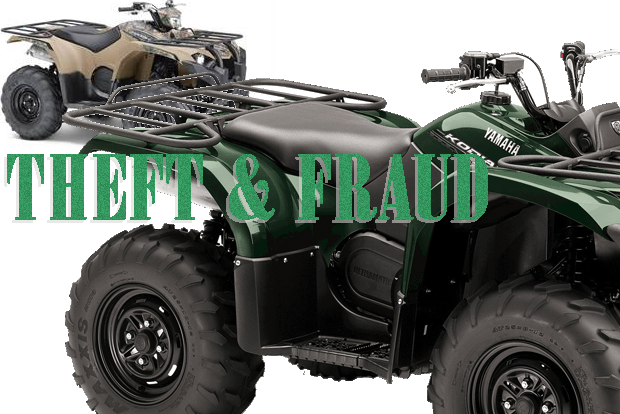 A fraud investigation is underway in regards to a subject using a credit card to buy two ATV's at a local motorcycle shop.

Apparently, when the man tried to use his credit card to make the purchase, the credit card was declined. But, when he tried a second time using the stores keypad, it worked.

It was later learned that the subject was not using a regular credit card, but instead a prepaid card. The transaction of over $13,000 was somehow forced through when the subject used the keypad. Of course, the card going through allowed for the man to leave with the two brand new ATV's.

Murfreesboro Detectives are investigating the case. So far, an arrest has not been made.