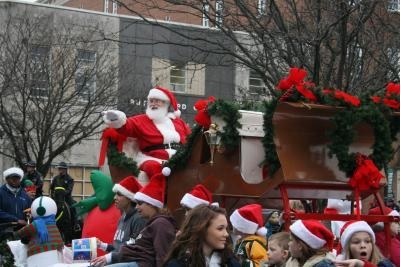 Murfreesboro Rotary Club's 16th annual pancake breakfast "Hotcakes and Holly" is in the old gym at Middle Tennessee Christian School from 7:00 to 10:30AM Saturday morning (12/8/2018).

President Elect John Hinkle said, "This has become a gathering place for friends to meet and celebrate that Christmas feeling. In addition to the pancakes, sausage, and cinnamon buns--Johnny B. and the Balladeers will play your holiday favortes."

In addition, Southeast Baptist Church (708 Minerva Drive) invites the public to their 37th re-enactment of the BETHLEHEM MARKETPLACE. This is a lifelike feel of what it might have felt like to have walked the streets of Bethlehem the day after Christ's birth. Live cames, geese, sheep, Roman soldiers making the census and more are a part of the noon to 5:00PM event on both Saturday and Sunday. It is all totally free--a gift to the community!

Attendance has averaged about 6,000 in recent years with visitors from Kentucky, Alabama, Illinois, Missouri, Georgia, North Carolina, and throughout Tennessee.

The Murfreesboro Christmas Parade begins at 2:00PM this Sunday (12/9/2018). It starts at MTSU at the corner of Middle Tennessee Boulevard and East Main Street. The parade goes down East Main, around the square, onto West Main and then ends on Walnut Street. The theme of the 2018 parade is "A Christmas Story".

MTSU President Sidney A. McPhee and First Lady Elizabeth are the grand marshals. Special thanks to Bubba Woodfin for driving his classic antique Packard to carry the McPhee's.

This year's parade is dedicated to the memory of Angie Walker, the parade's coordinator. She was killed in the tornado that hit Christiana on November 6, 2018.

There is a possibility of challenging weather, but officials learned long ago that the only reason to cancel is if there is ice on the roadways making it dangerous for pedestrians. So get you blankets, parka, and umbrella--line the parade route and get ready for fun!