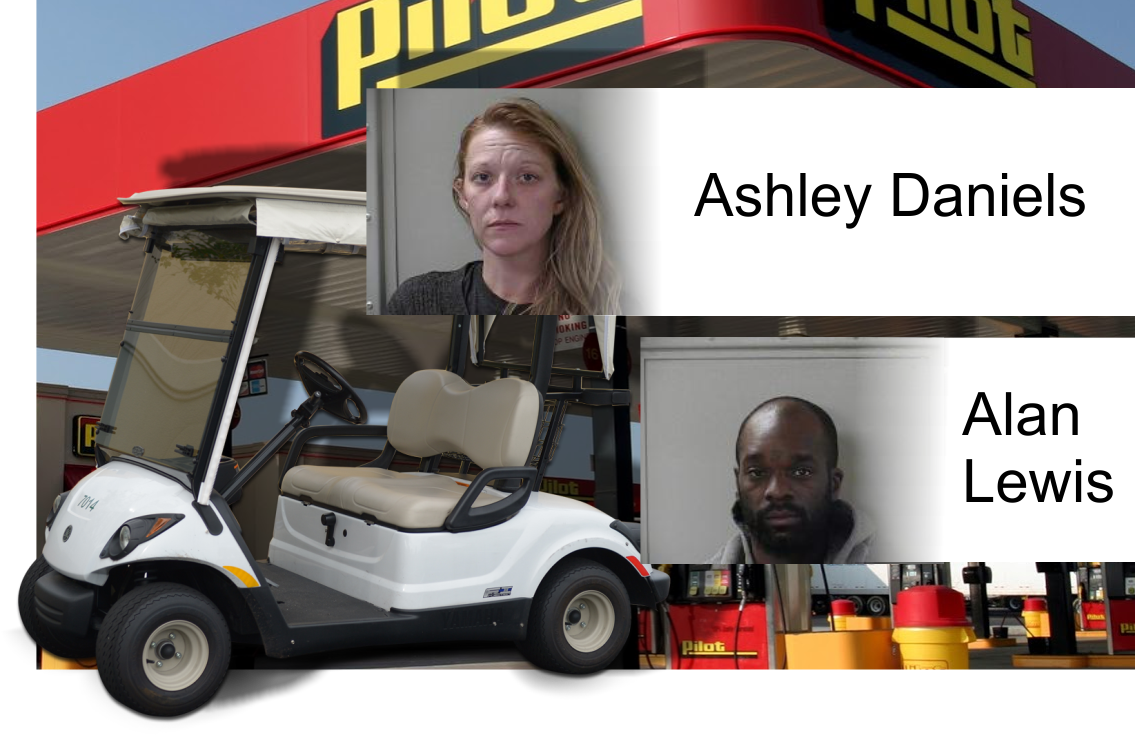 A man and a woman have been accused of stealing a golf cart from the Pilot gas station on South Church Street in Murfreesboro. Police say the duo then drove the golf cart to the Safari Inn, which is across the busy roadway near I-24.

Authorities found the two in the parking lot of the motel and report that after Ashley Daniels and Alan Lewis were handcuffed, the two put the blame on each other for taking the cart, according to a police report. Evidently, Daniels told police that Mr. Lewis suggested it would be okay to use the golf cart while Lewis allegedly suggested that Ms. Daniels said, "They should take the golf cart and have some fun."

Regardless of who said what, they were both apprehended. As for the golf cart, it was returned to the Pilot gas station.