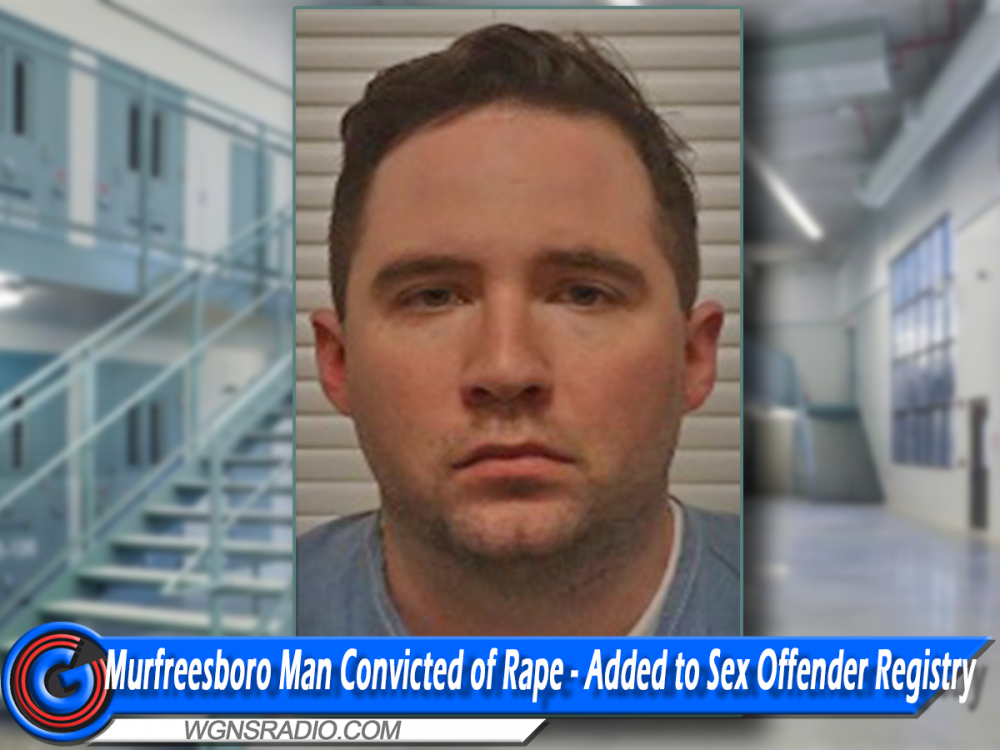 WGNS confirmed the suspect in a 2020 rape investigation has officially been convicted on two counts of rape. 31-Year-old Joshua D. Walton of Murfreesboro was added to the Sex Offender Registry on Monday (06/13/22) and transferred from the Rutherford County Adult Detention Center and to the Tennessee Department of Corrections. As of Thursday (06/16/22) afternoon, Walton was listed as an inmate at the Bledsoe County Correctional Complex in Pikeville, Tennessee. Walton is classified as a "Violent" offender on the Tennessee Sex Offender Registry.

Prior to Walton being convicted, WGNS attempted to learn more about the investigation that led to Walton's arrest. Public Information Officer Larry Flowers with the Murfreesboro Police Department told WGNS, "I can confirm there was a rape of a child report filed in 2021 listing Joshua Walton as a suspect." That 2021 police report was tied to an investigation that first started in 2020. Shortly after the report was filed, a sealed indictment was handed down by a Grand Jury, charging Walton with 3-counts of rape and 2-counts of sexual battery.