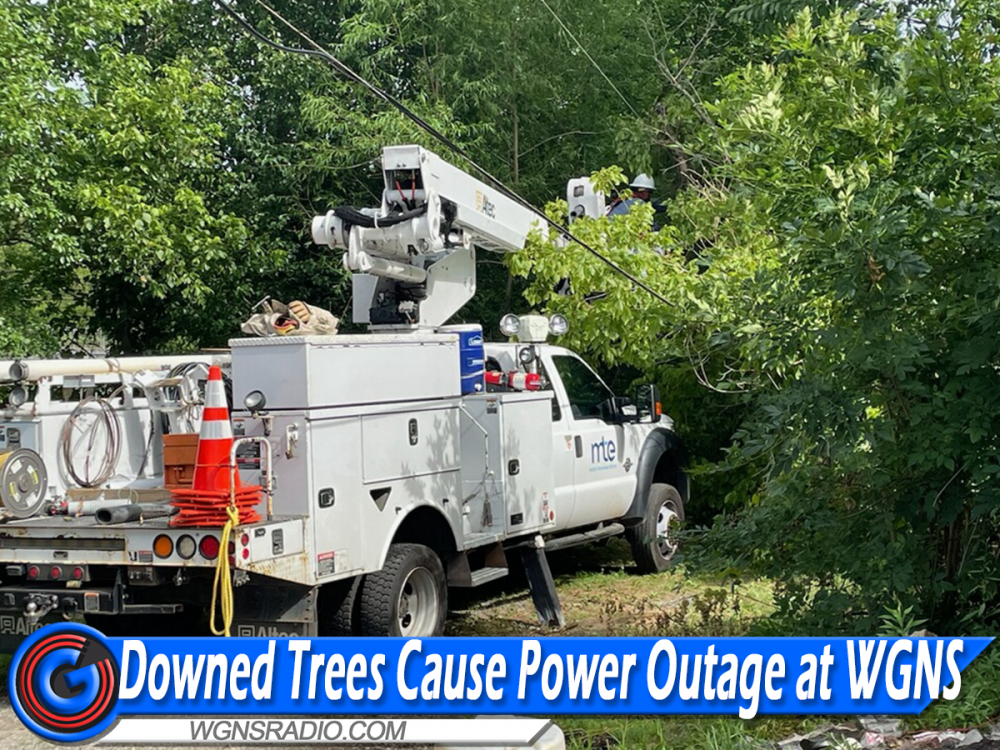 UPDATE - Back at Full Power: The WGNS Radio Tower and Transmitter were without power Friday afternoon, after strong winds downed trees on the electric lines leading to the transmitter site. From 12-noon UNTIL 5pm, WGNS was only able to broadcast online. As soon as the trees were removed from the power lines, the WGNS transmitter was back to full power. Again, WGNS was back on the air within a few hours, thanks to the hard work of Middle Tennessee Electric!

Electrical issues seem to be a large problem on Friday, June 17, 2022 in multiple areas. Throughout Middle Tennessee, approximately 30,000 customers were without power. A lot of the outages were tied to storms moving into and then slowly out of the area.

While several thousand people were without electricity around noon on Friday, the list of addresses with a lack of power dwindled to about 550 addresses by 3PM.

In Walter Hill, outages were confirmed in the area of West Jefferson Pike at Lebanon Road (HWY 231).

See some of this weeks tops news stories from WGNS Radio: 1.) BJ's Wholesale Club to OPEN first store in Tennessee in LaVergne 2.) 55th Annual Antique Show and Sale in July 3.) Arson Hearing for Suspect in Mobile Home Fire Scheduled for June 22nd 4.) Where did names of different communities in Murfreesboro come from? 5.) The Gr8t Chase and an Upcoming Jeep Show will help fund expenses of families that have children that are in the midst of a battle with cancer  6.) Audio Commentary – June 17th Marks the 50th Anniversary of the Watergate Scandal