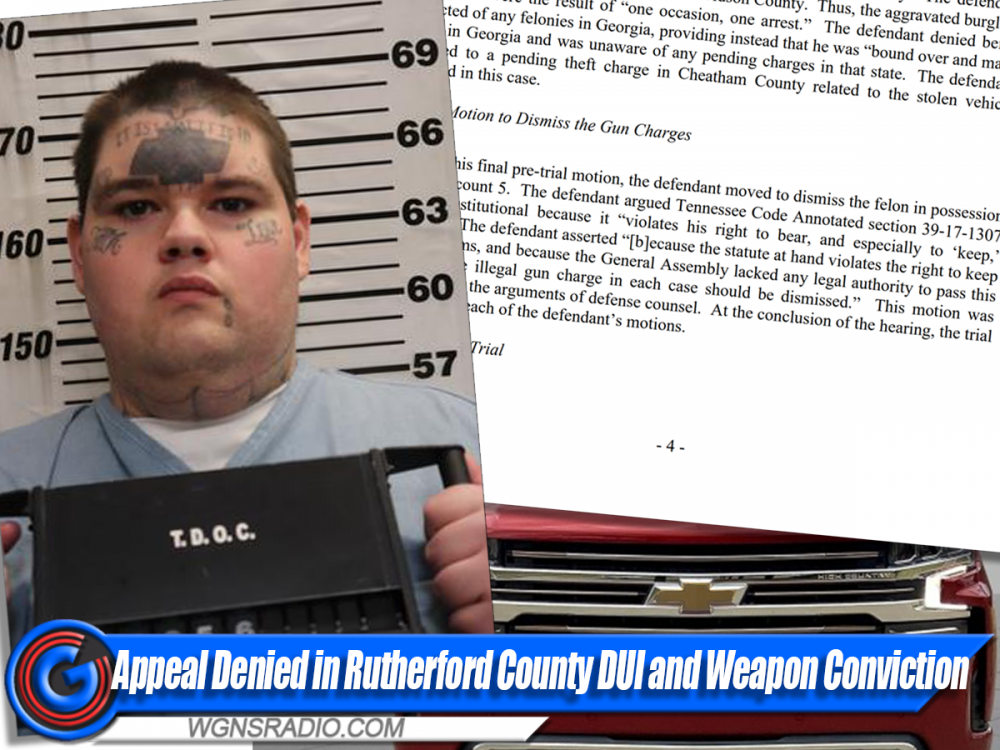 (RUTHERFORD COUNTY, TENN.) – A Rutherford County arrest made by a Tennessee Highway Patrol Trooper in 2018 that ended with a man being convicted of DUI and possessing a weapon while being a convicted felon, recently resubmerged in court after an appeal was filed.
ADVERTISEMENT

4-Years ago, Vincent Edward Crowson, Jr. was stopped by a state trooper after driving outside his lane of travel on Interstate-24 in Rutherford County, according to court documents. The trooper then followed Crowson onto I-840 and then to a nearby gas station where the traffic stop was made. The truck being driven by the 27-year-old also matched the description of a Chevrolet Silverado truck that was reported stolen.
During the traffic stop, Trooper Chris Langley located a pistol and "needles." Court records further stated, “The defendant also admitted to using heroin when he passed Trooper Langley on the interstate.”
The arrest led to a Rutherford County grand jury indictment charging Crowson with not only DUI, but also with a weapon violation for being a convicted felon with a firearm, driving without a license because of a previous DUI, and possession of drug paraphernalia.
In an unusual twist of filings before the case went to trial, Crowson asked for the case to be dismissed after learning dashcam footage of the trooper following him had been lost. However, the state still had footage of the actual traffic stop.
The trooper said that he followed the subject for about 8-miles and when he stopped him, he and assisting officers ordered Crowson and his two passengers to put their hands in front of them, but they were moving slowly, so they removed the trio from the truck. One assisting officer asked Crowson if he had anything on him, “and the defendant replied that he did not.” Court documents in his appeal show that despite the defendant telling the officer that he didn't have “anything,” the officer found a .380 handgun in Crowson's possession. The Ruger pistol was on defendant's right side.
During cross examination, Trooper Langley said that he asked the defendant about his drug use, and the defendant admitted to using heroin and suggested the last time he used it was when he was passing the trooper. Trooper Langley went on to explain, “After every sentence -- after speaking with him, he could barely hold his eyes open. He would stop talking. Once we placed him in the vehicle, we had to constantly check on him, because he would be out -- out cold.” Though the defendant agreed to a blood draw, Trooper Langley stated they were “unable to get any blood from him, period.”
In Crowson's pre-trial motion to suppress, court documents show he admitted to being convicted of one count of vandalism in Cheatham County and several counts of aggravated burglary in Davidson County. Apparently, Crowson also highlighted a previous and unrelated conviction. Records show, “defendant explained he went on a “crime spree” in Davidson County. Thus, the aggravated burglary convictions were the result of “one occasion, one arrest.”
As for the truck being stolen, the defendant admitted to a pending theft charge in Cheatham County related to the vehicle he was driving. However, the Chevy Silverado belonged to his grandfather. The grandfather testified that he let his grandson borrow his truck multiple times in the past. He also testified that in February of 2018, he [the grandfather] walked outside and saw that his truck "was gone." The grandfather then reported his truck as stolen, not knowing his grandson had the vehicle. He also said that the pistol was his and he stored it in the center console of the pickup.
In his final pre-trial motion, the defendant moved to dismiss the felon in possession charge, arguing the Tennessee Code Annotated (section 39-17-1307) was unconstitutional because it “violates his right to bear, and especially to ‘keep,’ firearms.”
The trial court imposed an effective twenty-year sentence on Crowson, and the defendant appealed. On appeal, the defendant challenged the sufficiency of the evidence supporting his convictions, the constitutionality of the felon in possession of a firearm statute, and several pre-trial rulings of the trial court. After reviewing the record and considering the applicable law, the Appellate Courts affirmed the judgments of the trial court.
The Court of Criminal Appeals of Tennessee sided with the original ruling under now retired Judge David Bragg. The appeals court concluded, "Based on the foregoing authorities and reasoning, we affirm the judgments of the trial court." The denial was confirmed by Judge J. Ross Dyer and filed by the Clerk of the Appellate Courts on May 27, 2022.
Crowson will remain behind bars under his original conviction in the Rutherford County Circuit Court. Upon Crowson's release from prison in year 2036, he will be 46-years-old. One year from now, he is scheduled for a parole hearing in July of 2023.

See more of the top news stories from WGNS Radio: 1.) UPDATE: Driver charged with vehicular homicide and DUI in the fatal crash that killed 11-year-old Cole Johnson in Murfreesboro 2.) Tennessee Ranks at #5 for States with Highest Number of Veteran Owned Businesses 3.) Rutherford County Schools Aim to Attract Potential Educators 4.) UPDATE: Truck spilled macaroni and cheese all over I-24 in Murfreesboro area

Life: See wild, beautiful and amazing photos from Las Vegas and the life within the desert city 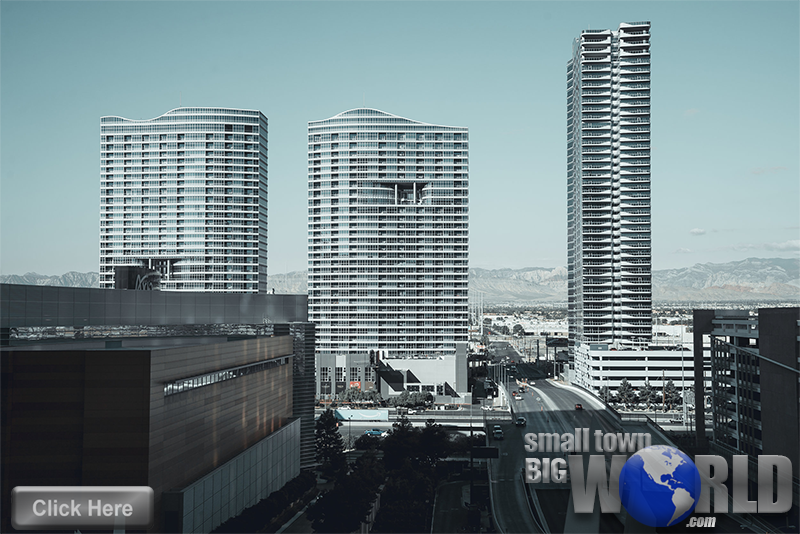